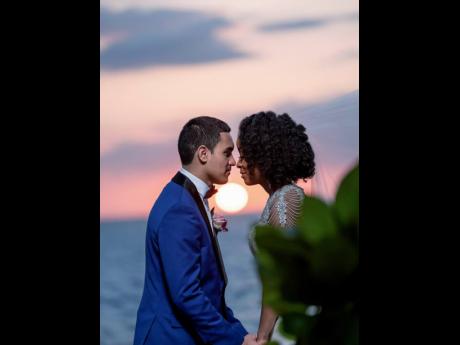 Contributed
A bride and groom are seen in a romantic moment at a destination wedding coordinated by Francine Foster of Jamaica Wedding Concierge. Foster said that couples and their guests risk losing millions of dollars in event bookings. 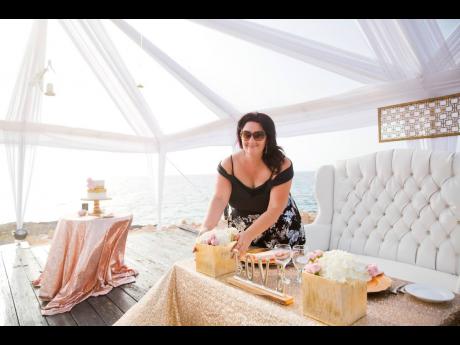 Contributed
Jennifer Borgh: “Finding out the night before arriving in Jamaica that wedding numbers were at 50, but starting tomorrow are 25, is just not cute."
1
2

WESTERN BUREAU: As Prime Minister Andrew Holness’ laughter reverberated through the airwaves last Tuesday in Parliament, wedding event planners across the island cringed in dismay. The prime minister quipped that he was getting no pushback from...

As Prime Minister Andrew Holness’ laughter reverberated through the airwaves last Tuesday in Parliament, wedding event planners across the island cringed in dismay.

The prime minister quipped that he was getting no pushback from industry stakeholders and went on to extend the restricted numbers allowed at weddings to 15 guests.

Industry experts say the wedding sector is under water but has been ignored by the authorities. Would-be brides and grooms are reportedly livid as tour operators won’t let them postpone their trips again, without financial penalty, because many of the island’s hotels are open.

Weddings held outside of hotels are particularly suffering, with some staged at resorts with as many as 200 guests, Jennifer Borgh of Jennifer BorghEvents told The Gleaner.

Listing the displacement and angst caused by multiple postponements, Borgh said Jamaica was losing many clients who are migrating business elsewhere.

“Off-resort wedding income is spent in Jamaica,” she said.

“Finding out the night before arriving in Jamaica that wedding numbers were at 50, but starting tomorrow are 25, is just not cute, particularly when the couple had already flown to Jamaica.”

Borgh said off-resort venues are urging the Government for guest numbers of 100, half the number that has been reported at hotels.

The dissonance of the policy imperative, on health grounds, is especially unnerving to industry stakeholders, with some questioning whether high-density hotel weddings are not susceptible to COVID-19 infections.

Jamaica has recorded more than 46,700 COVID-19 cases overall, with deaths, as at Saturday, standing at 806.

Restrictions on social gathering have been imposed on the grounds of the risk of coronavirus spread.

Many off-resort wedding sites are located in the Resilient Corridor but reportedly do not share the leniency enjoyed by hotels.

Borgh said that couples have gone as far as suggesting that they are being scammed by Jamaican wedding vendors owing to the fact that hotels are able to host much larger weddings.

Her concerns were corroborated by president of The Jamaica Wedding Professionals Association, Ophelia Knight, who said that event planners were willing to postpone nuptials in the early stages of the pandemic.

“As measures have been put in place by the Government and the wedding industry has endeavoured to become COVID-compliant, couples have been looking to complete their wedding plans with the understanding that adjustments need to be made,” she stated.

“For a client that had a wedding planned for 120 guests, who is now being asked to have a wedding for 15 guests and the cost implications for them and guests, I am sure that you can understand how upset and frustrated they are.”

Some business is shared between local and international stakeholders.

“Because we know the locale, some hire a wedding planner in their home country, who, in turn, hires us to do logistics on their behalf on the ground. A good destination wedding will cost anywhere between US$30,000 and US$80,000,” she said.

Foster said that destination couples do not always host their wedding at a hotel because they don’t want a cookie-cutter experience.

“They book private venues and choose wedding professionals to bring their wedding dreams to fruition. They, however, stay at all-inclusive resorts and shuttle their guests to and from their chosen venue,” she said.

Local and destination couples may plan weddings over a 12- to 24-month period, Foster told The Gleaner.

Pandemic penalties were waived in the early months of the outbreak, which reached Jamaica’s shores in mid-March 2020.

Fast-forward to May 2021, hotels and airlines are not so graceful and lenient as they were a year earlier, industry operators say.

“As it is right now, I have some couples that are frustrated, overwhelmed, fearful, and have had a few breakdowns well. They have paid for their wedding in full many, many, many months ago, and now they are at their last date change without penalty,” said Foster.

“If they proceed with their wedding with 15, as the PM announced, they will lose monies spent as it isn’t refundable.”

Foster said she has a wedding scheduled for May 28, with the bride planning a destination event for three years. Fifty guests have been booked at Grand Bahia, money, she said, that was now non-refundable.

On July 29, Foster has a couple with 117 guests all flying in from overseas. A local hotel has also said that all rooms booked are non-refundable.