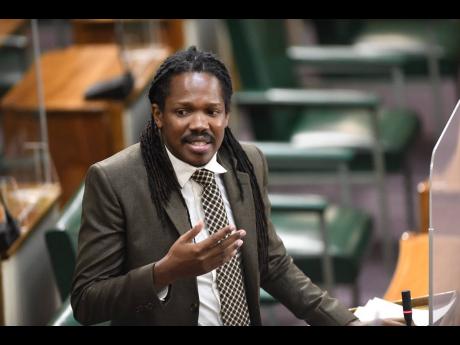 Opposition Senator Damion Crawford has proposed that a portion of the general consumption tax (GCT) collected by the Government be used to pay pensions.

In his proposal to scrap the current National Insurance Scheme (NIS) contributory system, Crawford pointed out that many Jamaicans are reluctant to pay over funds to the NIS, and only about 20 per cent subscribe to any pension scheme.

Many, he said, are left destitute when they reach retirement.

Employees and self-employed persons are required to be insured under a state-administered programme of social security insurance.

Employees and employers contribute at a rate of 3 per cent on a maximum remuneration of 1.5 million per annum.

Self-employed persons contribute at a rate of six per cent on maximum earnings of J$1.5 million per annum.

The income threshold for both employed and self-employed individuals increased to 3 million per annum with effect from April 1, 2021.

Crawford argued that using a portion of the GCT collected would ensure that all Jamaicans are contributing to their pensions.

“If we make 3 per cent of it [GCT], the maths is saying $28 billion will be available ... . I think that we could then now say to ourselves that because everybody contributed, everybody can get,” Crawford contended as he made his contribution to the debate to pass The National Insurance (Validation Indemnification and Amendment) Act last Friday.

Crawford said that under his proposal, each person would receive $20,000.

“Many have pension hesitancy,” Crawford stressed.

Further, Crawford said the $3,400 per fortnight that pensioners currently receive from the Government was insufficient.

“Many of our elderly people are incapable [of] buying food,” Crawford said, pointing out that many after age 65 are burdened with rent, healthcare costs, and added responsibilities of taking care of grandchildren.