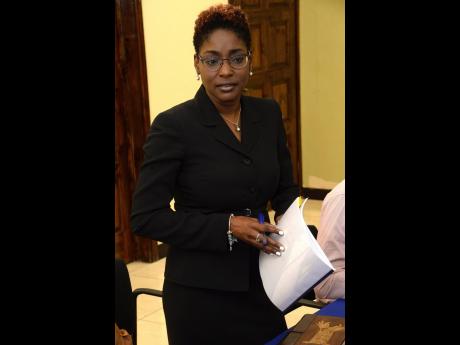 Following a plethora of queries by some government members of the Public Accounts Committee (PAC) as to why Auditor General Pamela Monroe Ellis was absent from an exit interview by auditors from the Ministry of Finance and the Public Service in January last year, it has been confirmed that the public servant was at Gordon House for a meeting, which was later cancelled.

A team from the Auditor General’s Department (AuGD), led by Pamela Monroe Ellis, went to Gordon House to attend a scheduled meeting of the PAC on January 29, but the planned sitting was eventually abandoned owing to the fact that another committee overstayed its time to complete deliberations on the Second Supplementary Estimates of Expenditure.

January 29 was the day that the auditors from the finance ministry had an exit interview with senior personnel of the AuGD.

The Public Administration and Appropriations Committee (PAAC) met on Tuesday, January 28, 2020, at 10 a.m. to review the Second Supplementary Estimates for the Financial Year ending March 31, 2020. The committee did not complete its deliberations on the 28th and used the following day to complete its work.

A schedule from the Houses of Parliament shows that on January 29, a meeting was planned for the PAC to review the AuGD’s performance audit report on the Rural Agricultural Development Authority’s management of the rehabilitation of farm roads, among other things.

At the end of the PAAC meeting, the then acting committee chairman, Mikael Phillips, said: “We had another committee meeting, which we have gone over into their time, but I think we had a comprehensive discussion on the Supplementary Budget.”

During a meeting of the PAC last week to discuss the finance ministry’s audit of the AuGD, Monroe Ellis was met with a flood of questions about her whereabouts when the exit meeting was being held with the ministry’s auditors.

Committee member Heroy Clarke spent some time during the deliberations pressing Monroe Ellis to provide a specific response to the question.

“Up to now, I still can’t hear. I can’t get the answer. Is it personal matters, or is it government matters why she was not at the exit?” Clarke, the St James Central member of parliament, queried last week.

He declared that as a member of the PAC, he had a right to know why the auditor general did not attend the exit interview.

However, Monroe Ellis was at pains to explain that she was not able at the time to provide a specific response to the question, indicating that she would carry out checks and respond in a definitive way at the next meeting of the committee.

The auditor general appeared before the PAC for the first time to answer questions about an audit of her department by the Internal Audit Unit of the Ministry of Finance and the Public Service.

While the audit had been done annually for years, it was the first time that the findings had been referred to the PAC for deliberations.

Monroe Ellis, last week, pointed out that “it is possible that at that point in time when they had the exit interview, I could not do it with them, but I met with them subsequently to discuss the audit findings and the status with the appropriation accounts”.