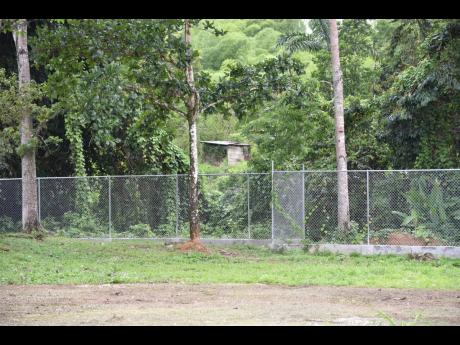 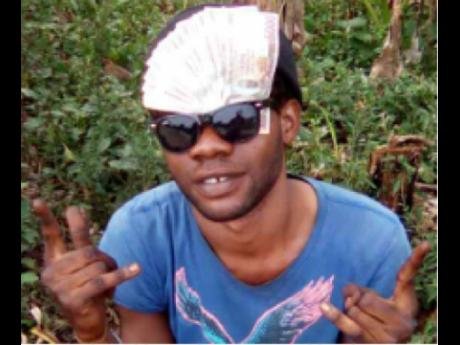 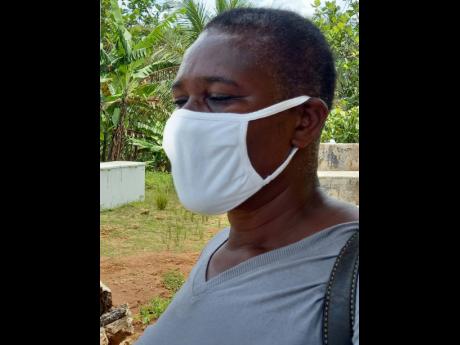 Ten months after the death of her son, Beverly Brown-Wilmot, the mother of Delano Wilmot, aka ‘Prekeh’, says she is satisfied that she did all she could to raise a law-abiding child, but despite her efforts, she could not influence his decisions as an adult.

Twenty-five-year-old Wilmot, who rained terror on the corridors of rural St James, was gunned down in Amity district in the parish after eluding the security forces for nearly five years while leaving a bloody trail behind. However, his 57-year-old mother, a housekeeper, still regrets that her fourth of five boys did not heed her pleas to surrender when he became public enemy number one.

“I would have preferred that he carry in himself from day one, but he made that choice to be out there until his death. He was just stubborn,” Brown-Wilmot told The Sunday Gleaner last week. “When you raise your children and provide the right principles and they become adults and choose their way, what can the parents do?

“Delano wouldn’t hear me. If he did, he would be alive today,” she added. “I tried and tried, but not even his own little son would make him consider going in. I even got a lawyer and told him to turn himself in … . I had no control over what he did, I did my best.”

The gang leader drove fear into the residents of Cambridge and adjoining villages such as Top and Bottom Retrieve, Amity, and Catadupa, where the gangsters committed a number of serious crimes, including shootings and murders.

Wilmot was reportedly a lieutenant of the dreaded Ratty Gang, whose leader, Ryan ‘Ratty’ Peterkin, was killed in a gunfight with a police-military team in Berkshire district, Westmoreland, in April 2018.

“My son and Ratty were friends. I have known Ratty’s mother from when she was a little girl, living right here on Mother Lane,” Brown-Wilmot said. “So it is not as if I have been defending my son, claiming that he is not a gunman. I would see him and his friends with their little thing (gun) and when the police come in the area, they would run to the bushes. I told Delano that the only people who should have a gun are the police, soldiers, and a private firearm holder, but I guess he had to walk with the gun to protect himself.”

Brown-Wilmot believes her son’s defiance might have been triggered by the pain of the death of his father, Ralbert Alexander Wilmot, in 2012, who she claimed was killed innocently after being caught in the crossfire between persons feuding over a gun purchase gone bad.

The family does not believe that the police did a proper investigation into the shooting death of her husband, something that might have contributed to Wilmot resisting calls for him to surrender.

“Four years after Delano’s father died, I was at work and I heard that he was wanted by the police for murder [of one in connection with father Wilmot’s killing],” Brown-Wilmot said.

She couldn’t say how her son and his friends came by the guns, but admitted that in the early stages, she was told that her son was involved in the lottery scam. However, for her, this was a bit surprising, and although he was smart, he could not read and write efficiently.

“He used to give a lot of talking and he would just be in class and throw a piece of paper playfully to distract you and then laugh. He just loved to give jokes,” she said.

Brown-Wilmot said that her family was a target during the state of emergency, which has left many emotional and a few physical scars. She also claimed that her son got more support from community members during his time as a fugitive than he did from her because she was afraid.

“I spent eight weeks in jail at the Falmouth Police Station just because I am Delano’s mother,” she said. “I represent every struggling mother, who hope and pray every day for their children to turn out the right way, and keep on the straight and narrow.”

She alleged that she and her children were beaten – “all now my spine is still acting up from that time”.

“The security forces believed I was the one cooking for him while he was in hiding, but it wasn’t me ... . I was too afraid, but there are those who live here who loved Delano dearly, but at the same time, there are others who never liked him.

“I was afraid so I didn’t hold any conversation with my son,” she added. “On Mother’s Day (2020), he came to look for me and I asked him what he is doing here and he said, ‘Mom, wah do yuh man? It’s Mother’s Day so mi haffi come look pan you’, and within seconds he was gone.”

According to Brown-Wilmot, one of her sons spent 91 days in jail, while another is left walking with a limp from a bullet still lodged in his body as a daily reminder of the ordeal that even the innocent in her family had to face as Prekeh gained international notoriety.

“I raise him up in the fear of God, and he was baptised at the age of 12 years,” said Brown-Wilmot, who praised her church family at the Retrieve Seventh-day Adventist Church for the level of support throughout. “God is so good because I prayed a lot and I knew that anything could happen to Delano, so I asked God to keep me and don’t let me drop down whenever it happened, so I was ready.”

She continued: “I prayed and asked God for closure and it came when I lost him … I couldn’t manage it any more. You were being judged when you walked on the road. The eyes. And even while persons would not say much, you felt as if you failed as a parent, but the Lord knows I tried.”

Prior to his death, Brown-Wilmot saw her late husband in Delano’s company in a dream and took that as a sign that his end was coming.

“I was at work when I heard the explosions, and all I said is, ‘Yes, Delano, a it this’,” she said, looking away but showing no emotion. “As a mother, I felt it. I knew he was dead.

“Now he is gone, there is closure and I can move forward and serve my God.”

Family therapist Dr Beverly Scott believed that based on Brown-Wilmot’s account of how she raised her son, there is nothing more that she could have possibly done.

“Parents are not responsible for children’s behaviour if they have grown up and decided to turn to crime and violence. Those children will need to answer for their own actions,” she told The Sunday Gleaner.

She noted that in a family where there are no father figures, boys will listen to their mother when they are young, but by the time they get to age 14, when their mother speaks to them, they walk away as if they don’t care. This, Scott said, is also true, even when fathers are present, largely because they do not see mom as their hero.

She agreed that Wilmot’s wayward behaviour could have been spurred by his father’s death, as indicated by his mother.

“When children are traumatised, they feel like victims and many of them don’t remain victims, they become perpetrators. He is a victim of his father’s death. Maybe he felt it so much that he decided that nobody was going to kill him,” she noted.

“I have seen that happen. It’s human behaviour, where a young child could see something happening in his community and he decides that what has happened is not going to happen to him, so he arms himself.”