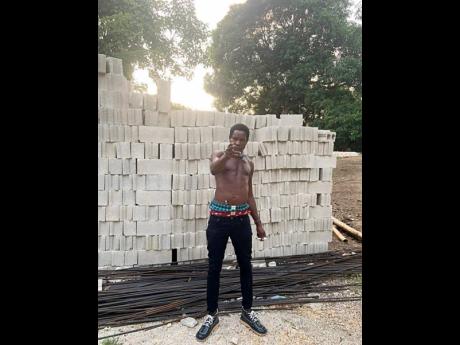 Contributed
Aaron Melbourne of Mt Pleasant, Hanover, who was reportedly shot and killed by gunmen on the weekend.

Two men are dead, a one-year-old baby has been hospitalised, and seven adults are nursing gunshot wounds in attacks in Hanover and St James on the weekend.

Aaron Melbourne, 29, and 18-year-old Bagho Anthony Salmon, of Gulf, Norwood, were killed in Mt Pleasant district, Kingsvale, Hanover, on Saturday, while four others, including an elderly man, were wounded during the 6 a.m. attack.

A total of 10 people were shot between the two parishes, with the majority of the men injured having Montego Bay addresses, among them the volatile communities of Norwood, Flankers, Meggie Top, and Salt Spring.

The Hanover shootings are being investigated by the Major Investigation Division.

Melbourne’s mother, Muriel ‘Tootsie’ Malcolm, and cousin Paula Melbourne are accusing the police of committing the murders. However, they did not offer any eyewitness accounts substantiating their claims.

“I was in my bed when I heard several shots down the road. Hundreds of gunshots. Afterwards, I heard my son was dead and another guy,” Malcolm told The Gleaner.

Melbourne’s cousin, Paula, said she found his body next to a grave.

Clive Scott, a bystander, said he was hanging clothes on his line when he heard a barrage of gunshots. He didn’t take cover initially because he thought the gunfire was some distance from his home.

But when the explosions got closer, he dashed inside – but not before getting shot in the shoulder.

His account differs from Melbourne’s relatives as he reported not seeing any indication that the police were involved.

The police reported that residents heard explosions in Mt Pleasant around 6 a.m. and alerted them. On arrival, the police found the bodies of Melbourne and Salmon lying along the roadway.

People in the community said Salmon’s body was found behind a pig pen.

The four other injured men turned up at the Noel Holmes Hospital with gunshot wounds and were treated.

Over in Montego Bay, the one-year-old baby was an occupant in a motor car which, on leaving Dallas in Glendevon, was riddled with shots in the Joan Avenue area on Friday afternoon.

It is believed that this shooting is linked to an ongoing feud between men from Dallas and Lime Tree Lane.

The police believe that Boswell’s killing was an act of reprisal for Simpson’s murder.

“The police have carried out a number of operations in both communities following the shootings, and several persons of interest have been picked up and are presently being questioned,” said a policeman, who requested anonymity because he was not authorised to speak with the media.