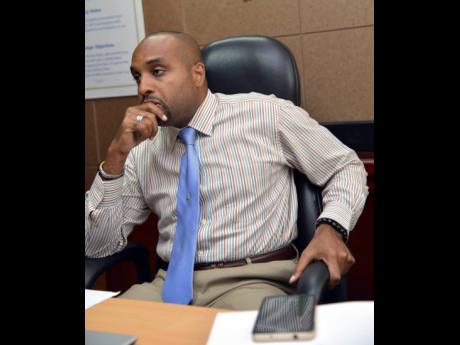 Chief Executive Officer (CEO) of the Kingston and St Andrew Municipal Corporation (KSAMC), Robert Hill, is expected to explain to members of Parliament’s Public Accounts Committee (PAC) why almost 90 per cent of the 630 contracts the corporation awarded over a six-year period were done through the direct and emergency contracting procedure.

In a performance audit of the corporation in late 2020, the Auditor General’s Department (AuGD) stated that there were no records to support the basis for preselection of contractors.

In December 2020, the AuGD sent to Parliament a compendium report of performance audit management systems for farm and parochial roads for the KSAMC, the St Catherine Municipal Corporation (SCMC), and the Rural Agricultural Development Authority (RADA).

It was reported that the main procurement methodologies utilised by the three entities combined, KSAMC, SCMC, and RADA, were limited tender and direct contracting.

Over a six-year period, the three public bodies awarded contracts amounting to more than $8 billion.

Auditor General Pamela Monroe Ellis reported that even though the competitive tender provided the best opportunity for receipt of value for money, only nine per cent of the 769 road contracts over the period 2014-15 to 2019-20 were awarded using this methodology.

The report showed that the SCMC could not justify emergency classification for 23 contracts worth $22 million, while in 11 instances, works on contracts amounting to $15.4 million had started before agreements were signed.

Another glaring finding in the Monroe Ellis report that CEO of the St Catherine Municipal Corporation, Andre Griffiths, might be pressed to explain was why the SCMC had been using a 1975 list to carry out road repairs at the time the audit was done.

The AuGD also reported that the KSAMC was using a list dated 1992 to carry out road repairs.

The SCMC might be asked to comment on its failure to develop strategic plans in compliance with the Local Government Act at the time of the audit. This resulted in the absence of agreed targets and key performance indicators.

It was reported that the KSAMC did not consistently prepare strategic plans and had some in draft form.

Both the SCMC and the KSAMC fell down on the job in the areas of monitoring and oversight of road projects.

The AuGD said that in the case of the SCMC, there was a lack of consistency in the application of guidelines and standards for drainage, and earth and pavement works. For so-called lengthman works, there were no logs or inspection reports.

Inconsistencies in the application of quality standards and guidelines for road maintenance works showed up in the KSAMC audit. Further, there was no evidence of inspection checklists and logs.