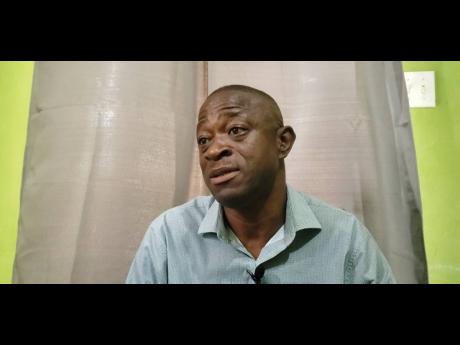 The parliamentary charade involving the Speaker and Opposition members last week over the seating arrangement of berated Westmoreland Central Member of Parliament (MP) George Wright is expected to fizzle today as the leadership on both sides of the political divide have reportedly settled their differences.

If Wright shows up in Gordon House today, a seat on the Opposition side will be vacant for him, but not on the front benches where he surprisingly sat for moments two weeks ago before slipping out of the chamber.

Last week, St Mary Central MP Dr Morais Guy quickly seized the seat Wright occupied the week before as he moved to eject the embattled former Jamaica Labour Party lawmaker, under the shadow of an assault scandal, from the front benches.

This development triggered a spirited debate between Marisa Dalrymple Philibert, the Speaker, and Opposition members after she questioned Guy’s action in attempting to speak from a seat other than his own.

Leader of Opposition Business in the House, Anthony Hylton, told The Gleaner on Monday that based on preliminary talks with his Government counterpart, Edmund Bartlett, the seating kerfuffle had been resolved.

Hylton said the convention in Commonwealth countries was that if the person was not “with the Government”, they belong on the Opposition benches.

“The Government side is shunning him because of some odious conduct, and for that, you are sending him over our side with all the doo-doo,” Hylton said.

There are two empty seats on the Opposition benches, one of which Wright can occupy, but on Monday, Hylton made another suggestion to the Westmoreland Central MP.

“He can reside there or we’ll just have to invite him to bring his stool. We know he has a stool,” said Hylton.

“We will continue to make our displeasure known, but of course, the Speaker ultimately has control of the House and so her ruling will stand for these purposes.”

Wright and his partner, Tannisha Singh, had reported an April 6 squabble that coincided with a video that went viral days later. Neither Wright nor Singh cooperated with the police, thus ending an investigation amid accusations that he was the man seen battering a woman with his fists and a stool.

Hylton dismissed a suggestion last week that he should have discussed the seating arrangement with Wright.

Last week, Dalrymple Philibert insisted that Wright, a minority MP, belonged on the Opposition benches, as he no longer sat with the Government.

The Speaker sought to downplay the furore over the seating arrangement for Wright, saying it was not contentious.

But Leader of the Opposition Mark Golding had disagreed, charging that the matter was controversial.

Golding said that he took “very seriously” the foisting of Wright on the Opposition in a situation where he had pledged support to the ruling administration.