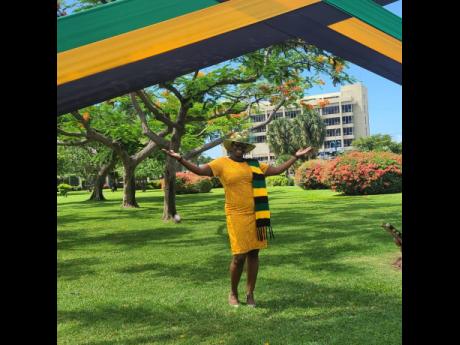 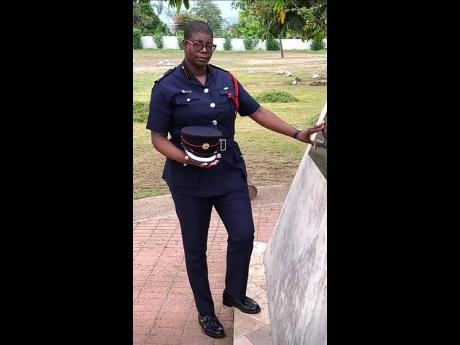 As a former superintendent, Davis-Buckle was already the highest-ranked female in the JFB.

Now, Assistant Commissioner Davis-Buckle is ascending gracefully as her sights remain set on her ultimate goal.

“For me it is an achievement because it is something I have always wanted. It is setting me on my path for my ultimate goal of being the first female commissioner,” Davis-Buckle told The Gleaner.

News of her promotion came by way of a meeting with the current JFB Commissioner Stewart Beckford.

“I was called to the commissioner’s office for a meeting, and it was in that meeting that he told me that having conducted the interviews and the assessment process, I was the selected candidate for the position.”

Davis-Buckle told The Gleaner that she was happy, and the mask she was wearing at the time helped to contain her excitement at the good news.

“I was looking at him steadfastly, and he looked at me and he repeated it. I looked down at my desk, and I was just overjoyed because it was a milestone for me even though it is not historic in the JFB because they have had a female occupying this rank before, but she is now retired,” Davis-Buckle said.

She is looking forward to new challenges as prior to August 1, Davis-Buckle was in charge of Kingston and St Andrew, a post she held since 2019.

Since joining the JFB in 2005 and starting her career in Manchester, the esteemed firefighter has not skipped a rank.

“After training, I went into Manchester, and I went through the ranks to assistant superintendent in Manchester. I was promoted and transferred to take charge of Clarendon in 2010.”

In 2014, Davis-Buckle said she was promoted and sent to St Catherine. “I worked there as head and then was transferred to Kingston and St Andrew in 2019.”

Her promotion took effect yesterday on Emancipation Day 2021, which made the occasion more memorable for Davis-Buckle.

“I just think it is significant, the whole thing on Emancipation Day ... I told my husband Friday about the promotion, and he said I am going to book a ticket for you. I said ‘No, honey, you can’t do that. I cannot just come like that’. My husband is excited, and my son is overwhelmed,” Davis-Buckle said of her family soaking up the excitement.

She is eager to get started and pointed to her first order of duty.

Davis-Buckle said: “One of the first things I like to do, I want to meet my staff. I want to hear from them, their expectations, what are some of the shortfalls they are having, and then I will do my own assessment. I want to ensure that Area Two is aligned with the strategic objective of the JFB.”

After 25 years, Davis-Buckle said she would have done nothing else.