I would not spend 283 days in detention for Seaga – Charles 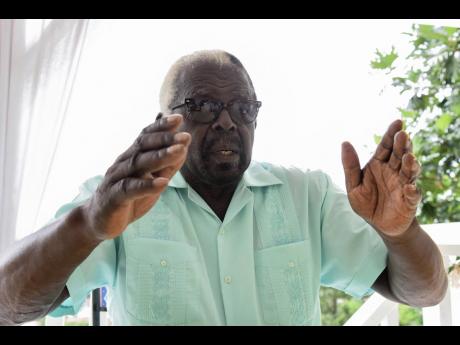 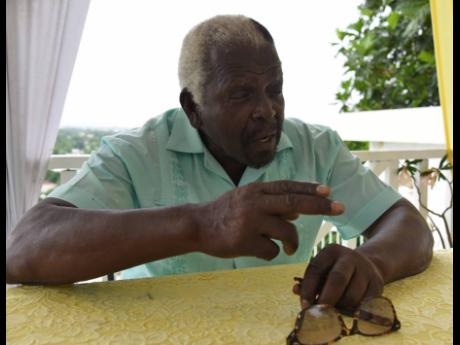 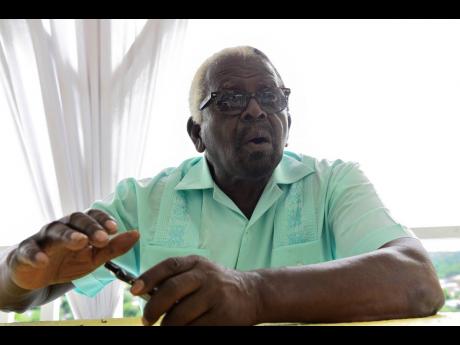 Jamaica’s most famous state of emergency (SOE) detainee, retired Speaker of the House of Representatives, Member of Parliament and Cabinet minister, Pearnel Charles Sr, said he would never have spent 283 days in detention at Up Park Camp in 1977 out of loyalty to his late Jamaica Labour Party (JLP) leader, Edward Seaga.

“You must be crazy. I would never spend 283 days in detention for Seaga. I believe I was the bait the Government at the time was using to get to Seaga. They wanted to arrest him and lock him up, and I was expected to give the authorities information that would cause them to lock up Seaga. When I didn’t have any to give them, they kept me behind bars,” said Charles in an interview with The Gleaner at his Red Hills, St Andrew, home last week.

Undoubtedly, the 1970s and 1980s being the most violent and influential period of politics in Jamaica, Charles said he was not involved in any activity that could have caused the intelligence unit of the Jamaica Defence Force or the Jamaica Constabulary Force to recommend his detention.

“I cannot speak to their intelligence capabilities, but I was not involved in anything subversive that would have caused my detention,” he stressed.

The controversial Charles, who was a political firebrand trade unionist of the Bustamante Industrial Trade Union (BITU) – the union aligned to the JLP – was also a lieutenant in Seaga’s party hierarchy. Seaga was, at the time, mobilising and strengthening his support base in the party over which he took leadership after Hugh Shearer stepped aside in 1974.

Michael Manley – under whose People’s National Party (PNP) administration Charles was detained – and Charles were no strangers, as both were strident adversaries on the trade union turf as they fought for workers’ union representation. Manley represented the National Workers Union (NWU), which was aligned to the ruling PNP.

So fierce was the fight for workers’ rights then that Charles, who is now inching towards his 86th birthday after 55 years in political and industrial relations combined, believed that after more than 40 years, there is still no plausible explanation for his SOE detention.

At first Charles reasoned that it could have been “Manley’s jealousy of the BITU’s success over the NWU in winning representational rights”, but he later withdrew that explanation, stating that Manley, on his deathbed, told him he was locked down based on intelligence from the security forces.

“My loyalty was to my wife and children. It has always been to them, and to the people of Jamaica who I have been privileged to represent,” said Charles who has written four books and is flirting with a fifth.

His book Detained chronicled his 283 days in SOE detention.

Later on, the famous detainee would become infamous in the JLP after he decided to challenge Seaga for the leadership of the party in 1992 and before that as one of the famed Gang of Five who were alleged to have been seeking to wrestle the party from Seaga.

Charles and his supporters were mauled by men from Seaga’s power base in Kingston Western. He and Lester ‘Mike’ Henry were later expelled from the JLP by Seaga. They took their expulsion to the courts which later reinstated them. Charles and the JLP would spend many years in opposition, until his brother-in-law Bruce Golding became prime minister after he returned to the party from the National Democratic Movement (NDM).

POLITICIANS FIRST TO BE CALLED

Charles believes that political representatives and churchmen are among the first to be called when violence erupts in their constituencies.

“I don’t think it has stopped, but when I was in politics, as soon as anything happens in an area of a constituency, somebody calls the representatives and tell them. That’s what they used to do to me. People are going to call them and tell them they hear who is involved, and it is for that information to get to the police,” Charles noted.

He pointed to the recent killing of a mother and child in Arnett Gardens as an example, noting that it was the political representatives who were calling for the intervention of the police. He did not respond, however, when the same scenario was put to him about murders in sections of St James represented by the National Security Minister Dr Horace Chang or Attorney General Marlene Malahoo Forte – both members of the ruling JLP.

Pearnel Charles Sr was member of parliament for St Thomas Eastern, and served as deputy leader of the JLP from 1972-1991. In 2002, he was successful in leading Clarendon North Central after leaving St Thomas. He was succeeded in the constituency and Gordon House by Robert Morgan in 2020 following his retirement from public service.