PNP leadership could hinge on election by 45,000 members 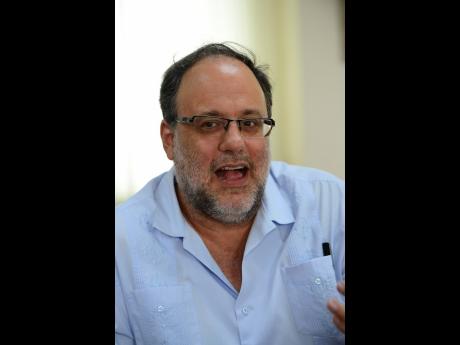 Passage of a resolution for the entire membership of the Opposition People’s National Party (PNP) to vote in internal elections could mark a tectonic shift in political party governance and potentially diminish the influence of bribery and...

Passage of a resolution for the entire membership of the Opposition People’s National Party (PNP) to vote in internal elections could mark a tectonic shift in political party governance and potentially diminish the influence of bribery and corruption in leadership selections.

The resolution has been sent to the PNP’s Structures Review Committee, where deliberation is under way.

A decision in favour of the proposal, which would first be sent to the party’s annual conference for a determination, would signal a sea change in policy for the 83-year-old political movement where, currently, only delegates select the party’s hierarchy.

If passed at the annual conference, the PNP’s highest decision-making body, it will put to rest the decades-old contentious matter.

The resolution is expected to take centre stage at the conference, the date for which has had to be revisited, after the party’s executive was forced to postpone activities planned for next weekend following the Government’s COVID-19 containment measures that limit gatherings.

A meeting was called Monday evening to determine a new date.

The Gleaner has been informed that the proposal, reportedly first put forward by PNP President Mark Golding, has found favour with heavyweights in the party, including Lisa Hanna and Mikael Phillips.

Calls to both Hanna and Phillips went unanswered on Monday.

“Comrade Mark Golding proposed that every member of a group should be a delegate in their own right and should be able to cast their votes in internal elections for president and vice presidents in the party,” PNP General Secretary Dr Dayton Campbell said on Monday when contacted.

More than 3,300 delegates were eligible to vote in the November 2020 presidential election between Hanna and Golding.

A turnout of 3,184 electors determined that verdict.

Political insiders in both the PNP and the ruling Jamaica Labour Party have often cited the distortionary power of money in internal elections among a shallow pool of delegates. But the ability of power brokers to bribe voters would be lessened by virtue of the masses they would need to entice.

On Monday, Campbell confirmed that the proposal is currently at the party’s Structures Review Committee, which will deliberate, then bring the resolution to the annual conference for a vote.

“So it depends on whether or not the Structures Review Committee has completed it and presents it at the conference. They have to look at several issues, including constitutional changes and other things, and then they make that presentation, but it is a commitment that he (Golding) has given that it will be done,” said Campbell.

The general secretary said while he is anticipating some opposition to the proposal, he does not expect them to change the outcome.

Golding has had a bumpy first year in the presidency, stumbling through a series of rifts that culminated in the resignation of three vice-presidents and the party’s chairman just before election nominations closed in July.

Campbell said, also, that he believes that the majority of the party would support the move, which has long been seen as fairer in determining the leadership.

“The party is open to discourse for healthy debates. You will have different views on the matter, but we expect that to make the position stronger in the end and then make the necessary amendments. I think the majority of persons are supportive of it. You may have one of two disagreeing voices but I think the overwhelming majority will be in agreement,” he said.