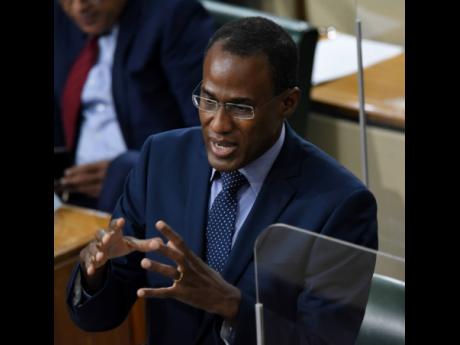 The Government has allocated an additional $5 billion in the Supplementary Estimates to cushion the impact of the pandemic on the most vulnerable Jamaicans.

Of the Jamaicans who will benefit, 130,000 are beneficiaries of the Programme of Advancement Through Health and Education (PATH), 50,000 are National Insurance Scheme (NIS) pensioners, 130,000 are Pay As You Earn (PAYE) workers, and 35,000 are SET Cash recipients.

The CARE programme will provide an automatic one-off grant of $18,000 to all persons who received the last SET Cash Grant and remain out of work as at September 30, 2021.

The PATH grant will be automatic, as well as the NIS grant for pensioners who are in receipt of an NIS pension of less than or equal to $10,000 per month, Clarke said in his address to the House of Representatives on Tuesday.

For the CARE Working People Grant, applications will open in November.

Based on the number of persons on the Tax Administration Jamaica (TAJ) database who meet the eligibility requirements, the Government is making provisions to pay up to 130,000 such grants, at a cost of $1.3 billion.

Additionally, all seniors who qualify for the Government’s social programme, which was launched in July, will automatically receive a $10,000 grant.

The finance minister disclosed that $100 million will be allocated to the Poor Relief Department to step up its activities in meet the needs of the less fortunate.

Another $100 million will be allocated to the Public Assistance Department of the Ministry of Labour and Social Security.

“It’s not all persons who are informal, who are vulnerable. So we still have to be targeted, even when we seek to intervene in the informal areas of the economy ... ,” Clarke said.

“We achieve this through partnership with non-state institutions, some of which might be closer to citizens who are outside of the formal process that Government has access to.”

Clarke explained that, through the CARE programme, the Government will embark on a $1-billion food drive, where food baskets will be distributed with the help of churches, non-governmental organisations, and the private sector.

The finance minister said the Government will be working on the logistics with stakeholders, which will be announced shortly.

He added that the programme will be designed with transparency, reporting and accountability, and good governance, in a manner that adheres to government policies.

“This will require all stakeholders working with GOJ on this to similarly commit themselves. We may need to sacrifice speed and some efficiency to ensure that these critically important principles are not violated,” Clarke told The Gleaner.

“The automatic grants will be paid by the end of December. It is expected that payments for the CARE Working People Grant will start in December but it clearly depends on when the applications come in.”

As at said date, a further 14,200 persons have been confirmed as eligible and have received this confirmation by text.

Clarke said they are expected to be paid this month, subject to the validity of the banking information provided.