Suspect in child disappearances was accepted as family by community 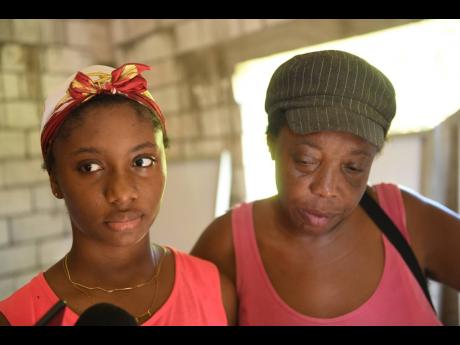 Ricardo Makyn/Chief Photo Editor
Tiana Cooke, sister of Winshae Barrett, talks to journalists in the presence of her aunt, Paula Douglas, on Sunday. 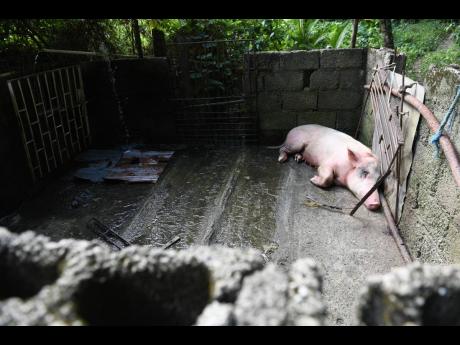 Ricardo Makyn/Chief Photo Editor
The pig pen where the sisters were headed when Winshae went missing on Saturday. 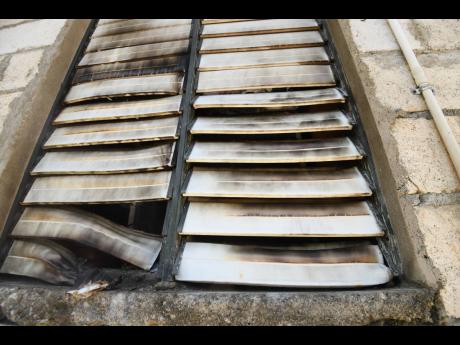 Ricardo Makyn/Chief Photo Editor
Scorched windows are seen at the house where Davian Bryan resided on School Lane in Bath, St Thomas. The house was set on fire Saturday night.
1
2
3

Residents of Bath, St Thomas, are ruing that their goodnatured hospitality has come to haunt them as they cited betrayal on Sunday by the main suspect in the abduction of nine-year-old Phylisa Prussia and person of interest in the disappearance of...

Residents of Bath, St Thomas, are ruing that their goodnatured hospitality has come to haunt them as they cited betrayal on Sunday by the main suspect in the abduction of nine-year-old Phylisa Prussia and person of interest in the disappearance of 13-year-old Winshae Barrett.

The 32-year-old suspect, Davian Bryan, who is out on bail in the Portland Circuit Court on firearm and rape charges, has been living in St Thomas and reporting to the Bath Police Station as a condition of his bond.

However, he failed to show up at the police station on Thursday morning and is being described by the police as a fugitive from justice.

Neighbours residing in the same yard where Bryan lived are now counting their blessings.

“I really don’t know what come over him. I am a parent of three and mi just a look on it seh it could have been my child,” said one woman who resided in the same yard as the now-fugitive.

Admitting that she believed him to be a helpful and friendly man, the resident, who told The Gleaner that he was known to them as ‘Black Up’, said she has been left traumatised by his alleged actions.

Condemning their earlier acceptance of Bryan as naive, the woman, who requested anonymity, said the people of Bath were unlikely to welcome strangers again.

“The same night that the incident took place, my baby was there with him because I was going to cook, and I asked him to come in the kitchen and catch the fire for me … . I was standing there in my towel,” she told The Gleaner.

Hours earlier, angry residents had set fire to the house where Bryan stayed. However, no one was hurt.

Residents shared that the female occupant of the two-bedroom house had left the area from Friday evening out of fear.

Another tenant in the area also expressed regret at what he described as his gullibility. He admitted that community folk didn’t know what Bryan was charged for but decided to not give him a hard time when they eventually found out.

“The people dem a offer them kindness because he was on bail and couldn’t stay where him come from. Dem offer fi help, and we really never know him woulda come do this,” the resident said.

“I have nine-year-old and seven-year-old daughters, and recently, mi ask him to assist mi likkle girl to come home to get a notebook because her mother was busy.”

According to the concerned man, Bryan was treated as family in the area.

“Everybody accept him. Up until last Thursday in the day, him could a walk into any house roun’ the place because him deh here and get so connected with the people. Him and the youths go around and fish, and people liked to see that.”

The resident beseeched Bryan to turn in Winshae if he was involved in her disappearance.

Recounting what he believed to be the last few hours before Bryan attacked a woman in the community and later abducted Phylisa, the man revealed that everything seemed fine.

“Him just nuh too long come from river, light coal stove and a boil peas to cook food. He left to go to the river to scale fish, and that’s where everything start,” he said.

Declaring that time was at a premium, commander of the Area Five police, Assistant Commissioner Gary Griffiths, noted that the security forces were doing all they could to locate the missing 13-year-old.