60s and over, health workers to get extra jabs 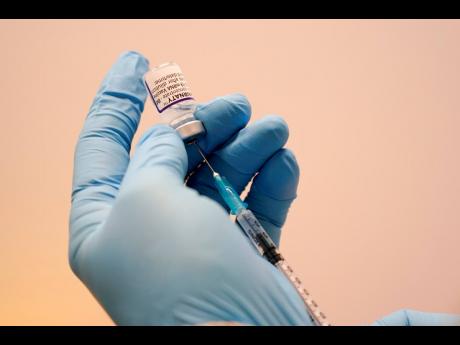 AP
Booster jabs will be available for the elderly and healthcare workers.

The Jamaican Government will as of next week approve the administration of booster shots for all front-line workers and people aged 60 and over.

Under the extended roll-out of booster shots, all persons who had initially received the Johnson & Johnson single-dose shot will be eligible to take a second dose after two months or a Pfizer jab.

Those who had received AstraZeneca or Pfizer shots initially will be eligible for Pfizer boosters, six months after they took their second dose.

The move comes as scientists are still trying to better understand the newest Omicron variant, with fears mounting that it could spread more efficiently than Delta, which triggered worldwide panic this year and was largely behind the island’s third – and most devastating – wave of the pandemic in the summer.

“The decision is based on the science and the expert position. Secondly on the availability of stock. We have received a shipment of Pfizer of just under 100,000 a few days ago and we will receive another 100,000 next week,” said Minister of Health Dr Christopher Tufton Monday night.

“We will receive a gift from the Americans of 200,000 doses shortly. This is in anticipation of the fourth wave and to strengthen the resilience of Jamaicans.”

Last month, the Government began administering booster shots to Jamaicans with immunocompromising conditions and those receiving immunosuppressive treatment, including persons with active cancer, transplant recipients, immunodeficiency, HIV and immunosuppressives based on World Health Organization guidelines that such persons be given an extra shot at least a month after the second dose of the AstraZeneca and Pfizer, and after the single-dose Johnson & Johnson or within three months.

Jamaica had some 137 COVID-19 patients hospitalised on Sunday, a significant decline from the more than 800 admitted at the peak of the third wave on September 9, with growing anxiety that Omicron could again place the just-recovering public health sector under severe pressure.

While the full potential of Omicron will remain unknown for weeks – especially whether it is more contagious, causes more severe illness, or evades immunity – scientists agree that boosters could potentially provide an added layer of protection.

They would elevate the levels of virus-fighting antibodies against the still-present Delta and other variants, even if they turn out to not be as effective against Omicron.

More than 500,000 Jamaicans have been fully vaccinated since the island began administering shots in March this year.

Up to Monday, the health ministry’s vaccination tracker showed that 453,235 persons had received their full course of the two-dose vaccines, while 71,219 persons got the single-shot option.

An additional 613,160 persons had also received their first dose of the two-course jabs.

As at Sunday, December 5, Jamaica had recorded 91,536 confirmed cases of COVID-19 with 600 recorded in the last two weeks.

Some 2,410 deaths since March 2010 have been attributed to the pandemic. Another 343 fatalities were being probed, while 191 had been ruled coincidental.