Munroe wants rebuilding of trust in governance for 2022 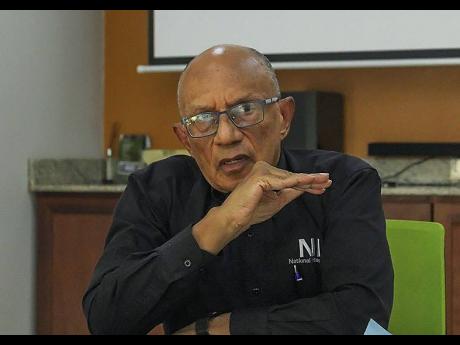 Principal Director of the National Integrity Action (NIA) Professor Trevor Munroe wants the urgent implementation of institutional and legislative reforms as well as robust law enforcement to reduce corruption, punish the corrupt and rebuild trust as well as integrity in governance.

This is one of the top priorities for the anti-corruption body for the year 2022.

However, Munroe told The Gleaner that for this to materialise, there has to be uncompromising application of the recently passed regulations governing the selection of members of public boards to reduce political cronyism and nepotism.

The introduction of unexplained wealth orders as agreed by the Crime Consensus Monitoring Oversight Committee (CMOC) is another critical element in the fight against corruption that must be addressed next year.

Munroe remains adamant that the gag clauses in the Integrity Commission Act must be deleted in 2022.

Five months after Jamaica’s single anti-corruption body tabled its annual report in Parliament detailing breaches of the law, Jamaicans are still in the dark as to the identity of the two lawmakers and six public officials who have been referred for prosecution for allegedly providing false information to the Integrity Commission in their statutory declarations.

It is not clear whether the same two parliamentarians and six public officials facing prosecution were the same ones being probed for illicit enrichment, as the law bars the commission from commenting on any matter under investigation.

Munroe is also pressing for the long-agreed repeal of the Official Secrets Act to be done next year as well as the strengthening of the whistle-blower protection law.

Another long-standing chronic problem in the public sector that the NIA boss wants addressed in the upcoming year is the enforcement of the Public Bodies Management and Accountability Act (PBMA) by bringing before the courts the officers responsible for three-quarters of public entities perennially breaching the requirements of the law for annual reports to be tabled in Parliament, and to the public on the stewardship of taxpayers’ money.

“Resignation of the culpable boards is a step, but entirely inadequate in the context of declining public trust in governance and growing disquiet at inequality in the application of the rule of law,” he said.

“These and other urgent improvements in governance shall require, in 2022, a more active stand by politicians of integrity, on both sides of the aisle, against colleagues oblivious to integrity, greater support for more effective advocacy by civil society organisations and more purposeful collaboration among persons of integrity in the public, private and civil society sectors,” Munroe told The Gleaner.

Turning to the serious crime problem facing the country, Munroe said that progress must be made in reducing the high murder rate and the exceptional level of violence, particularly against women and girls.

He said that this required greater political will on the part of the political directorate in implementing measures, in the timelines agreed on by CMOC.

“Too many of the consensus deliverables, particularly related to community transformation and violence reduction, were missed in 2021 without adequate explanation,” he noted.

The NIA head said that the outstanding dispute with the police regarding overtime monies owed must be settled forthwith.

Commenting on the pandemic, Munroe said that the country’s vaccination rate should be significantly raised by the Government playing a more active lead role in building national consensus around a vax-or-test national policy.

He also called for “more trusted voices, in particular from the church and the entertainment communities, playing a more important role in encouraging vaccination”.