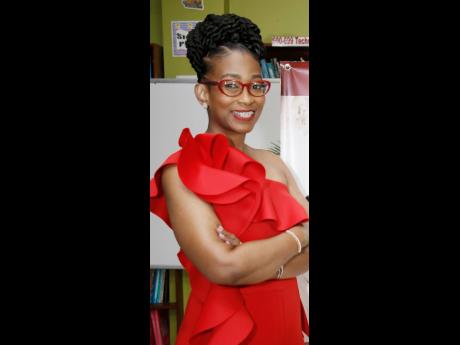 Glenmuir High School has been announced as the top value-added traditional/secondary school in the island based on a recent study conducted by the Jamaica Education Transformation Commission.

On Thursday, the Jamaica Education Transformation Commission released The Reform of Education in Jamaica 2021 Report, which was requested by Prime Minister Andrew Holness, and outlines a new evaluation and ranking of Jamaica’s secondary schools.

The Reform of Education in Jamaica 2021 Report now serves as a comprehensive review, which gives the Government a blueprint for the way forward, and will help to shape the destiny of Jamaica as the country approaches its 60th year of Independence.

According to Professor Orlando Patterson, chairman of the Jamaica Education Transformation Commission, the group evaluated schools separately and used a composite metric which combines exam results with a value-added assessment.

“We’ve come up with a ranking of schools, which we’re surprised with very much… and we want to use that system, which I think is much fairer and which will indicate where to look for the real problems in the school, and not simply by looking only at exam results,” Patterson said during the virtual launch of the report on Thursday.

Dr Marsha Smalling, principal, Glenmuir High School, is “ecstatic, humble and grateful” that the 63-year-old institution, which she spearheads in the parish of Clarendon, was placed first based on the study.

“I have been saying this for a very long time that Glenmuir unapologetically is number one and I have drawn the conclusions not because I’m a past student, but because we have consistently done well academically and in the co-curricular activities. We have won daCosta Cup four times; Ben Francis [and] Olivier Shields. We do netball, quiz, spelling, table tennis [and] chess, so we are well rounded,” Smalling told The Gleaner.

She added, “When we look on our students who play sports, for example, passing an average of seven CSEC subjects, I knew that we were doing something special.”

Smalling said this recognition has inspired the staff to continue serving with excellence in central Clarendon.

“It came at the right time. We’ve been going through this pandemic. The staff would have been working so hard, and this would have been like the best incentive for them right now,” she said.

With regard to the debate about the ranking, Smalling says “for what it’s worth, we are celebrating our moment and we’re just enjoying it.”