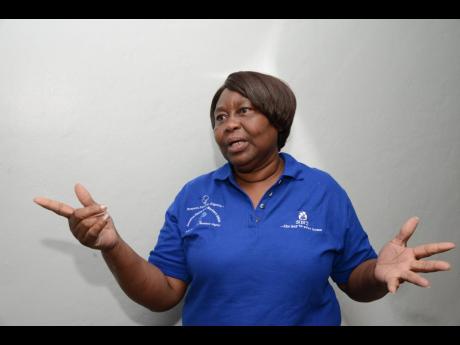 They are tasked with taking care of households and their occupants, but for many Jamaican housekeepers, the homes they serve are increasingly becoming perilous dens of sexual abuse and maltreatment, especially since the onset of the coronavirus pandemic.

The reports seldom reach the police, much less the public. Instead, they are relegated to tearful counselling sessions hosted by the Jamaica Household Workers Union, which last week reiterated calls for the Government’s ratification of the International Labour Organization (ILO) Convention 190 against sexual harassment in the workplace.

“Since the COVID-19, a lot of domestic workers have been complaining about sexual harassment on the job from employers,” noted Shirley Pryce, president of the union, which represents some 6,900 of an estimated 58,000 domestic workers islandwide. “Before the COVID, we had complaints, but it has increased.”

She said that some 200 household workers have lost their jobs since the pandemic started locally. Some have been re-employed.

Workers interviewed by The Sunday Gleaner last week said some housemaids have also been raped on the job, but out of fear and embarrassment, they keep their mouths shut.

While Pryce said complaints of rape have not come to her in recent times, she does not doubt that they occur. She is, however, sceptical about reports that workers were taking money for sexual favours, one of the points raised by workers interviewed.

“Most persons, if they are raped, they don’t talk. Many persons keep it to themselves. They internalise it and they don’t talk about it,” continued Pryce, detailing horror stories of sexual abuse that only come out during consultation sessions. “There was one person who was slapped on the leg with a knife and got cut because she didn’t want to get involved with the man (employer) and for many years she kept it to herself.”

It is a serious problem, she stressed, one many in her organisation hope will be addressed with the stringent enforcement of the Sexual Harassment Act passed last year.

Head of the Centre for the Investigation of Sexual Offences and Child Abuse (CISOCA), Superintendent Maldria Jones-Williams, said her team has no recent reports of sexual offences against domestic workers.

“In the last three years, we have not had a report of that nature. We have had reports of domestic workers, but not against their employers,” said Jones-Williams, who gave the assurance that all cases are investigated.

Domestic workers interviewed last week said sexual harassment has been the cause of many walking off their jobs. Since COVID-19, the harassment has doubled, and so, too, as well as pressure from employers to get vaccinated or lose their jobs.

Some have also been laid off or have taken up shorter stints because their employers cannot pay them due to the economic impact of the pandemic. The minimum wage in Jamaica is $7,000 per week, but some household workers say they can earn up to $18,000, depending on the number of days they work and the benevolence of their employers.

On the opposite end, employers can be dark, related workers, speaking to employers barging into bathrooms, into their quarters, and making advances, particularly when their wives or spouses are away. Some grope, kiss and expose themselves to their domestic workers while soliciting sexual favours. Then there is the verbal abuse, other workers related, particularly from female bosses, who they claim can be very accusatory.

“I remember one day he was sitting in the living room and he called me in there. When I went he was watching blue movie (pornography) and he told me that whatever I see in the movie, he wants me to do it to him,” noted one of the workers, whose name has been withheld by The Sunday Gleaner. “I told him that he was a crazy person and got up and left.”

This happened in Duhaney Park, St Andrew, she said, and after only a week, she packed up and walked off the job.

“You have to be strong. You have excellent bosses and there are others who are very abusive,” said another worker, recounting one work experience in Mona, St Andrew. “He was always trying to come on to me, and one of the nights, I was sleeping in my room and my mind told me to open my eyes. When I look up, it was him (employer), standing over me with his penis in him hand.

“I told him to get out or I am going to scream and wake up his wife and everybody in the house. That is when he begged me not to scream and take time leave mi room,” she continued.

“Sometimes you don’t feel counted. Sometimes they treat you like you are nobody and look down on you. Some bosses don’t understand and value that you are doing a job,” said another housekeeper, relating one instance when her male boss entered the bathroom in Pembroke Hall, St Andrew, while she was naked and solicited sexual favours.

“I had to blast him, and ask him if him never see that mi in here, why him come in there? But I love my job. I love taking care of the household and I am a stay-at-home person, and working as a domestic worker, it is like I am at home. Plus when everybody is gone, the house is very quiet and it gives me a lot of time to worship,” said another.