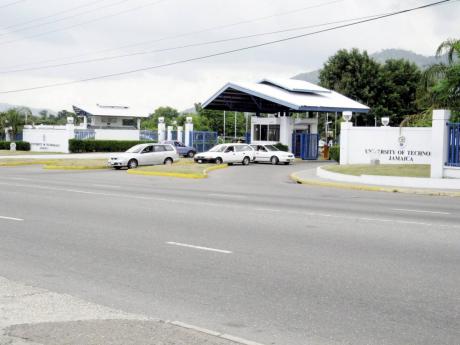 File
The entrance to the University of Technology, Jamaica’s Papine campus in St Andrew.

The University of Technology, Jamaica (UTech) will have to explain, following a court ruling, why it has not awarded a master’s degree to a former student who claims she has paid off outstanding tuition fees.

The case also has implications for public administration since the Court of Appeal has accepted that government entities can be interpreted to have refused to do something by not responding to a reasonable demand.

On Friday, the Court of Appeal ruled in favour of Latoya Harriott when it overturned a lower court’s decision denying her application for a judicial review of UTech’s decision not forward her case to its visitor.

The visitor is an official who addresses disputes involving staff and students.

In her November 2020 judgment, Supreme Court Justice Tara Carr said Harriott did not show that the university, a public institution, had refused to refer the dispute to the visitor or that her case against the university had a realistic prospect of success.

Justice Carr said Harriott should have pursued further discussions with the university.

However, the Appeal Court judges – President Patrick Brooks, Viviene Harris and Evan Brown – disagreed with Carr, arguing that she erred by not considering “important aspects” of a letter Harriott sent the university in June 2020.

That failure, the judges argued, formed a proper basis to interfere and disagree with Carr’s conclusion.

Harriott successfully completed her two-year studies for a Master of Business Administration in 2014, but was not awarded the degree because of outstanding fees.

She continued to pay up to May 2019, which she thought was the final payment, according to court records.

However, UTech insisted that all the debt was not paid off and it would not grant the degree until that was done. The outstanding sum is not clear.

The programme cost approximately $1.3 million, and by the end of her studies in June 2014, Harriott said she had owed the institution more than $337,000. She completed payments on that figure in May 2019.

Harriott sought legal advice, and on June 20, 2019, her attorneys from the firm NEA | LEX wrote to UTech, demanding that the degree be awarded.

UTech responded a day later, indicating that it would conduct investigations in the matter, noting as well that late payments would have attracted interest.

After what the court calls a period of “unproductive communication” with UTech, the former student’s attorneys wrote to the university on September 20, 2019, asking that the matter be referred to the visitor, Sir Patrick Allen, who is also the governor general of Jamaica.

UTech did not respond to that letter and the attorneys wrote again on June 5, 2020, this time demanding that the matter be referred to Sir Patrick within 14 days.

The law firm told the university that its failure to do so will be treated as refusal that would be used by Harriott to file for a judicial review in the courts and an order to compel the university to send the issue to the visitor.

On August 26, 2020, two months after the stipulated deadline and over 11 months without a response from the university, Harriott filed a claim in the courts, documents said.

The Court of Appeal said the demand letter of June 5, 2020 was important as it introduced the need for urgency, while communicating to UTech that failure to refer the matter to the visitor would be a basis for a lawsuit.

The judges said it was important to note that UTech did not respond to say it needed more time.

They also said there was evidence before the Supreme Court judge that a specific demand was made of UTech that was not unreasonable either in what was required or the time given, and that the university was put on notice that failure to refer the matter to the visitor would lead to litigation.

“The learned judge was, therefore, in error when she found that there was insufficient evidence that the university had made a decision not to refer Ms Harriott’s dispute to the visitor,” Brooks said, writing on behalf of the court.

Harriott also had to convince the Court of Appeal that not only did the judge make an error, but also that the judge was wrong in determining that her case did not have any real chance of success.

The judges said Harriott satisfied all the requirements, which included whether the decision of the public body, UTech in this case, would have consequences for her.

According to the court, Harriott is unable to use the degree “for which she has, undoubtedly, worked hard” and that she had a legitimate expectation that the university would have abided by established law and refer the matter to the visitor.

“Harriott has a real prospect of success in demonstrating that the university acted irrationally, in the sense that, on the evidence before the court, a reasonable assessment of the situation should have caused the university to refer the dispute to the visitor,” Brooks said, noting that that assertion should be taken that Harriott should succeed with her judicial review claim.

Noting that the UTech is yet to give an explanation for its failure to comply with the demand, Justice Brooks said the substantive issue will be determined at the judicial reviewing hearing.

Justice Brooks ordered that Harriott must file her claim for judicial review, along with supporting affidavits within 14 days of the judgment, after which UTech will file its defence. UTech was ordered to pay the legal costs for the appeal.

UTech did not file any affidavits when the matter was before Justice Carr.

However, Matthew Royal from Myers, Fletcher & Gordon, the firm representing the university, argued that the matter was a contractual one and, therefore, did not fall within the jurisdiction of the visitor.

There was no oral hearing in the matter and written submissions for Harriott were made by Lemar Neale and Chanté Green.

Harriott told The Sunday Gleaner that being without the degree has affected her chances at gaining employment at desired levels.

“When you submit your résumé and you put [that the degree is] ‘pending’, persons would want to know why it’s still pending, … so, yes, it would have impacted me during my job hunting,” she said.

Neale, her lead attorney, contends that the Court of Appeal ruling has wider significance for public bodies and public authorities who, by law, have a duty to act. He said it means that if someone is adversely affected by an act or omission, or even a refusal to act on the part of a public body, that person may make a demand on that body or authority to act.

“It is, therefore, imperative that when a demand is made to act, public bodies and authorities should not remain silent or simply ignore the demand. The consequence is that their silence may be seen as a refusal, which will attract public law remedies,” the attorney said, adding that the refusal may not have to be formally communicated.

Neale is cautioning persons, however, that demands to an entity for failure to act must satisfy certain requirements such as being in writing and a reasonable time given to act and the consequences if not.