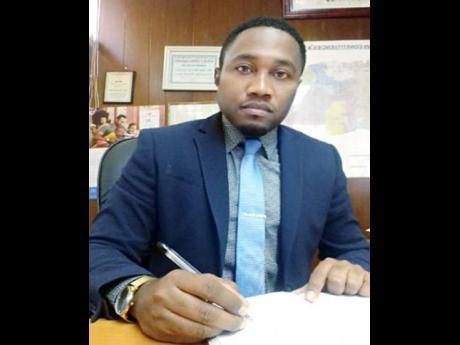 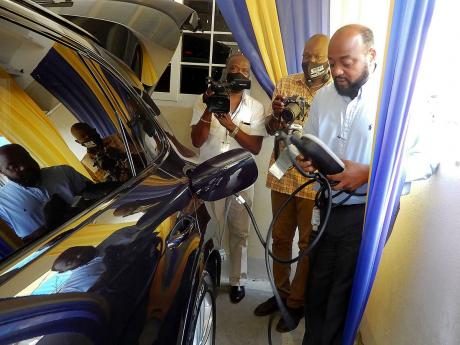 File
Then St Ann Mayor Michael Belnavis shows how his Porsche Cayenne hybrid motor car is charged electrically in June 2020. More than a year after Belnavis called critics “bad-mind”, CEO Rovel Morris has been recommended for sanctions for his role in the scandal.
1
2

Sanctions have been recommended against Rovel Morris, chief executive officer (CEO) of the St Ann Municipal Corporation, for the accounting officer’s role in a corruption scandal that enmeshed then Mayor Michael Belnavis and which involved the alleged misuse of state resources.

The Integrity Commission, Jamaica’s single anti-corruption body, said that Morris should be punished for authorising the installation of a 220-volt charging port at the St Ann Municipal Corporation to fuel the Porsche Cayenne hybrid motor car owned by Belnavis.

Morris carried out a request by Belnavis to install the charging facility for the former mayor’s personal use in contravention of government laws.

The Integrity Commission also highlighted that the permanent secretary in the Ministry of Local Government and Rural Development, Marsha Henry-Martin, did not grant permission for the facility to be erected.

Director of Investigations at the Integrity Commission, Kevon A. Stephenson, in a special report tabled in Parliament on Tuesday, rebuked Belnavis for asking Morris to deploy public resources for his personal use.

He charged that the request by the then mayor was “wholly inappropriate and amounts to an abuse of his office”.

Stephenson recommended that a copy of his report be referred to the attorney general for the necessary sanctions to be applied in relation to Morris, who is believed to have breached Section 17 of the Public Bodies Management and Accountability Act when he gave the green light to Belnavis.

The director of investigations also recommended that the permanent secretary pursue disciplinary proceedings against Morris.

Contacted by The Gleaner on Tuesday for his initial reaction to the adverse ruling, Morris said he had not yet seen a copy of the report.

Pressed for a comment on the claim that he breached the Public Bodies Management and Accountability Act, Morris said: “I don’t have a response.”

When told that he was also referred to the permanent secretary for appropriate sanction, Morris said: “No prob. Thank you for updating me on that. I am just hearing that.”

On the matter of his referral to the attorney general, Morris was also seemingly nonchalant, saying, “No prob.”

“I will speak to the powers that be to find out what is happening,” said Morris.

The hard-hitting director of investigations is also recommending that Financial Secretary Darlene Morrison review the findings and conclusions relating to an apparent breach by Morris of the Financial Administration and Audit Act when he authorised the installation of the car charging port.

“The financial secretary is being requested to determine a reasonable sum to be recovered from Mr Rovel Morris in relation to the electricity consumed for the charging of Mr Michael Belnavis’ personal vehicle while the charging port facility was connected to the electricity supply of the St Ann Municipal Corporation,” the director said.

According to Stephenson, the former mayor admitted that the facility was used by him to charge his personal vehicle over the period and that he made no contribution towards the payment of the electricity cost incurred.

The Integrity Commission’s point man argued that while he was unable, in the circumstances, to determine the actual cost incurred to the corporation, taxpayers have suffered loss.

Stephenson also recommended that political representatives and other holders of public office desist from making requests of accounting or accountable officers to reroute public resources for personal gain.

When interviewed by the director of investigations, Henry-Martin, the permanent secretary, furnished a copy of a letter dated May 27, 2020, that she sent to Morris regarding a request for permission to install an electric meter for a charging port.

The letter indicated that the request was being made on behalf of Belnavis and that permission was being sought to install an electrical meter, registered in the name of Michael Belnavis, which would monitor the usage of electricity when charging his vehicle.

Stephenson said that the letter also stated that the installation cost would be borne by Belnavis.

In a letter dated June 16, 2020, to Morris, the permanent secretary made it clear that the request could not be supported.

Henry-Martin advised that “consistent with the Government of Jamaica Guidelines and Financial Instructions, all costs incurred without approval are to be immediately recovered”.

The Integrity Commission said that the sum of $78,000 representing the reported cost of installing the charging port was repaid by Belnavis.