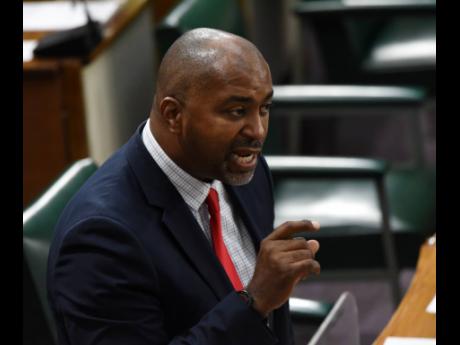 Ian Allen/Photographer
AT LEFT: Julian Robinson: “We felt that it would have been harmful to the Government to move from levy to profit share.” 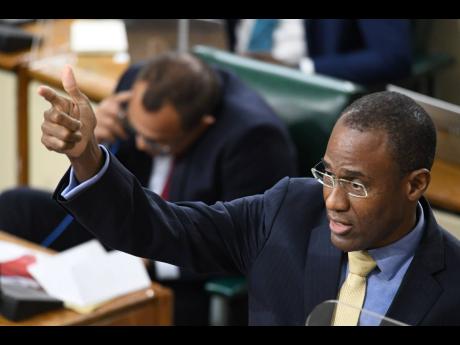 Rudolph Brown/Photographer
Nigel Clarke: “Questionable ... that there would have been production and export of bauxite ... at these levels with a full bauxite levy regime in place.”
1
2

A departure from the bauxite production levy on Noranda Jamaica Bauxite Partners II in 2018 in favour of a profit-share agreement may have cost the Government about US$60 million in earnings, but Finance Minister Dr Nigel Clarke has cautioned against “inappropriate comparisons”.

Clarke told the Lower House on Tuesday that the profit-share agreement between the Government and Concord Resources Limited, which acquired New Day Aluminium (Jamaica) Limited's 49 per cent of shares in the company, yielded US$20 million in revenues between 2018 and 2021.

Clarke said the profit-share pact between the Government and New Day was in accordance with a binding letter of intent carrying over from 2016 between the parties.

He said the arrangement gave the Government the contractual right to receive a payment based on the greater of an annual amount (profit participation) from New Day calculated based on the consolidated profitability of New Day Aluminium LLC – a management entity that consolidates the earnings before for interest, taxes, depreciation, and amortisation (EBITDA) of Gramercy and the bauxite mined at St Ann Bauxite.

Clarke said that the profit participation was 17.33 per cent of EBITDA or US$1.50 per shipped dry metric ton of bauxite produced by St Ann Bauxite - whichever is greater.

Additionally, a royalty of US$0.50 per dry metric ton of bauxite shipped would go to the Government.

According to Clarke, New Day LLC was profitable from 2016 to 2017, resulting in the Government earning just over US$10 million.

He said the losses continued until at least 2020.

“As a result of these losses, no amounts of profit share was collected,” the finance minister told Parliament, adding that the alternative of US$1.50 per shipped dry metric ton was called upon.

The Government earned from that just over US$6 million, while some US$9 million is still owed.

The finance minister, at the same time, admitted that the potential revenue would have, had the bauxite production levy remained in effect, amounted to US$81,530,366.

That means the Government could have added somewhere in the region of J$11 billion to its coffers.

“I caution, however, against inappropriate comparisons, as it is at least questionable, and some would say highly doubtful, that there would have been production and export of bauxite at and from Noranda Bauxite Partners II over this period at these levels with a full bauxite levy regime in place,” Clarke argued.

Last September, then Mining Minister Robert Montague announced that the Government had reinstated the bauxite production levy on Noranda Jamaica Bauxite Partners II coming out of an agreement with Concord. It was implemented earlier this month.

Opposition Spokesperson on Finance Julian Robinson noted that concerns were raised by the Opposition about the switch. He insisted that the Government stood to earn more from the levy had it continued with that arrangement.

He said that this was on the basis that the Government would not have the ability to determine the kinds of profit earned by multinational companies.

“It is clear to me now, having gone back to the levy just implemented in January, that you have come to that conclusion also.”