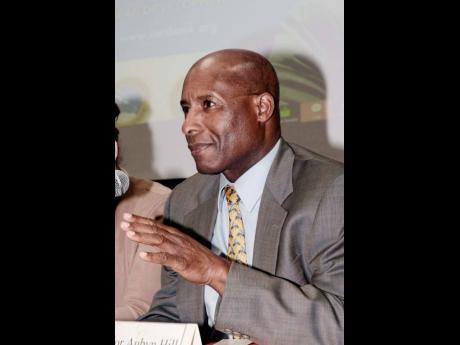 Newly minted Minister of Industry, Investment, and Commerce Aubyn Hill has identified the special economic zones (SEZ) as a key sector that can provide a well-needed boost to the Jamaican economy.

Addressing the press launch of the 8th annual conference of the World Free Zones Organization (WFZO) at the Montego Bay Conference Centre on Thursday, Hill said that Jamaica is looking forward to hosting the event slated to take place from June 13-17 in the second city. He said the event will further the country’s goal of attracting major opportunities for the development of large-scale modern SEZs, and also attract investments in Jamaica by multinational companies which will provide employment opportunities for Jamaicans.

“Our Government recognises Jamaica’s SEZ as a most important facility to promote our country’s investment, drive job creation and, importantly, boost the wider economy through investments and training,” he said.

Pointing out that Jamaica has in place an SEZ regime, Hill argued that the benefits projected under the arrangement include stimulation of widescale economic activities, especially in new and emerging sectors.

“In the long term, it is expected that the Jamaican economy will be transformed to reflect a greater emphasis on efficiency, transparency and predictability,” he argued, adding that the COVID-19 pandemic has caused a great level of unpredictability within the economy.

“We are trying through legislation to deliver a measure of predictability that investors and business people can say ‘yes, Jamaica is a destination that I should put my investment dollars’,” he said.

Hill revealed that at present, there are 213 SEZ stakeholders across 10 of Jamaica’s 14 parishes.

“These include 46 stand-alone, single-entity developers, 66 occupants, 26 multipurpose developers and 18 zone users. Preliminary data suggest that SEZs already approved and those being processed will provide employment for approximately 53,000 people,” he emphasised, noting that overall the SEZ facilities are spread across 28.9 million square feet of space.

He added that the SEZs represent a wide variety of geographically demarcated areas that offer simple and efficient business regulations and procedures to investors.

Hill outlined that his ministry is seeking, through the development and promotion of the SEZ regime, to place Jamaica at the centre of the international trade lanes, in order to attract large corporations and persons eager to benefit from a near-shore proposition.

Some 1,500 participants are expected to attend the five-day WFZO’s Annual International Conference and Exhibition in June. The WFZO is comprised of some 120 member countries which own and operate more than 3,000 free zones worldwide.