Jamaican maths prodigy is out of this world 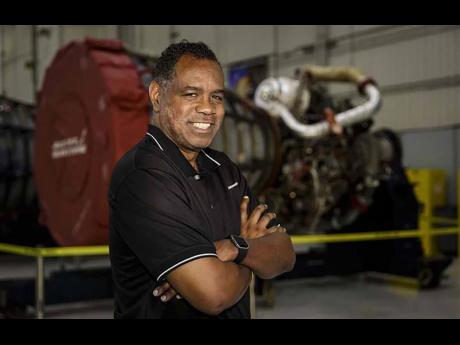 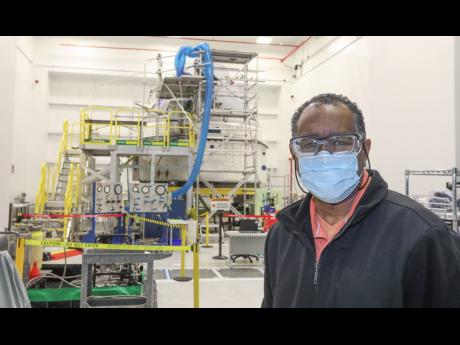 Contributed
Gregory Ffolkes: “As I was growing up, I just had a knack for mathematics.”
1
2

Gregory Ffolkes developed an interest in engineering through his love for mathematics.

From solving simple algebraic equations as a youngster to using engineering processes to determine the assembly of parts for space vehicle hardware and systems, his career has been built on a blend of innovation and passion.

The 61-year-old Jamaican is now a senior production manager at Boeing, with more than 33 years of experience under his belt.

He grew up in Spanish Town, St Catherine, with his grandparents, while his mother worked as a registered nurse in the United States.

Ffolkes migrated to be with his mom when he was 10 and recalled that he experienced a bit of culture shock in Brooklyn, New York.

“It was a different lifestyle, a different atmosphere in terms of the seasons, and the culture was just different overall. My Jamaican accent was very strong at the time. Over time, I met other Jamaicans who were attending the same school as I did,” he said.

He then moved to Long Island where he completed junior high school and high school, before moving on to junior college. He spent two years pursuing general studies, with a major in mathematics.

“As I was growing up, I just had a knack for mathematics. That’s where my interest in engineering and working in the technical industry developed,” he told The Gleaner.

Ffolkes then enrolled in Georgia Institute of Technology in Atlanta and earned his undergraduate degree in mechanical engineering in 1984.

His first job out of university was at New York Telephone Company as an outside plant engineer – designing telephone network systems for business and residential areas.

After a few years, he yearned to get back into the engineering field he had focused on in university – aerospace propulsion systems.

The first foot in the door of what is now his illustrious career was a role at Grumman Aerospace, which built aircraft for the navy.

While there, he worked on fighter planes as a flight test engineer. It was only a while before some colleagues he had met in university told him about job openings in a few space programmes.

He was successful in his interview at Rocketdyne, a manufacturer of space shuttle main engines.

“I never imagined that I would work on the space programme. I thought I’d be more involved with small airplane companies but never anything as big as this. But, when it happened, it felt like a dream come true,” he said.

“That was something that was more exciting to me. I worked there from 1988 to 1997 and that was when Rocketdyne was acquired by Boeing,” Ffolkes added.

In 1991, he got married to Sheila, who also worked for Boeing in the finance unit. Their union produced a daughter.

Ffolkes’ job required lots of travelling to various states in the US, each of which gave him the opportunity to meet new people, build his network, and gain new experiences.

Boeing covered the cost of travelling for him to be with his family every three to four weeks. His wife was sometimes able to get assignments in the same state to which he was relocated.

He was awarded a master’s degree in engineering management from the University of Central Florida in 1996, which positioned him to move up the ranks.

Ffolkes also had a stint in an airport security programme responsible for outfitting X-ray machines for baggage following 9/11.

His next post took him to Alabama at NASA Marshall Space Flight Center.

“I was the systems engineering senior manager for all of the programmes out of Huntsville, Alabama for space, programmes for missile defence, and other secret programmes,” he said.

In 2012, he moved to New Orleans where he was instrumental in getting the factory set up and activated for the manufacture of a rocket set to launch to the moon this year.

Two years later, he was promoted to senior production manager and then in 2020 was called to help with another space-related programme for Boeing.

“It’s called the commercial crew programme that is building a space vehicle to go and dock to the international space station that’s currently orbiting. It brings astronauts back and forth and cargo or any payloads back and forth,” Ffolkes detailed.

He will retire in four years and join his wife, who is already a retiree.

Ffolkes is encouraging young Jamaicans to build their network and seek out mentorship.

“You are the only one who has control over your destiny. There will be many obstacles and you can choose to go over them or around them, but keep your eyes on the prize,” he remarked.