Over 90 per cent of students back at Portland high schools 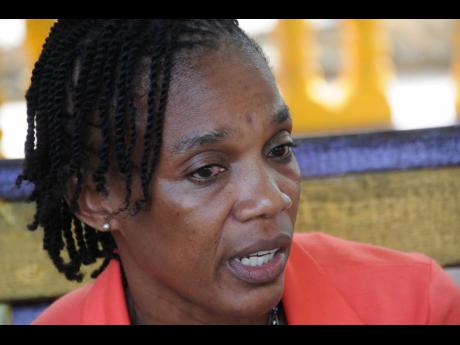 File
Principal of Happy Grove High School, Monique Grant-Facey, said they are working to re-engage those missing from the classroom. 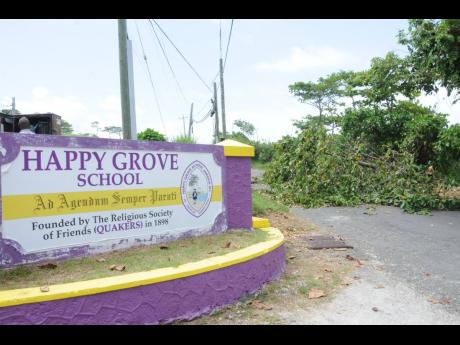 File
Thankful that more than 90 per cent of the student population at Titchfield, Happy Grove, Port Antonio, Fair Prospect and Buff Bay high school has returned to the classrooms, the administrators are still troubled about the missing numbers.
1
2

Educators are expressing concern that, although the figures are low, there are still dozens of students in Portland who have not returned to school following the resumption of face-to-face classes earlier this year after a two-year hiatus because of the COVID-19 pandemic.

Thankful that more than 90 per cent of the student population at Titchfield, Happy Grove, Port Antonio, Fair Prospect and Buff Bay high schools has returned to the classrooms, the administrators are still troubled about the missing numbers.

Among the reasons they have noted for the absence are employment, migration, relocation, transfer, and in some instances pregnancy.

Principal of Happy Grove High School, Monique Grant-Facey, told The Sunday Gleaner that the school is working to re-engage those missing from the classroom.

“We have a few who have not returned. We have made contact and found that some of those students are actually not in a position to resume because they are pregnant,” said Grant-Facey.

“Some of our sixth-formers, who should have been in grade 13, dropped out to seek employment. The parents might not be in a position to continue to take care of them, so they have had to join the workforce to ensure that they can assist their parents. So we have situations like those where the students have just opted to go and seek a job. They have some qualification and they have gone on. I have one student who is currently working and is still in school in sixth form.”

She added, “We are hoping and encouraging the parents to send them back to school.”

At Port Antonio High School, one educator, who requested anonymity, said that 95 per cent of the student population has returned to school, with the remaining five per cent opting to either seek employment or have migrated overseas.

“It is not like the students who have not returned to school are sitting at home or roaming the streets. It is a case where our investigations have revealed that the five per cent that have not returned to face-to-face school are either working or they are living in another country. We are working to re-engage those we can,” the educator said.

It was a similar case at Titchfield, Fair Prospect and Buff Bay high schools when The Sunday Gleaner team visited last week. Among the low percentage of those not returning to school were those who “have either gained employment, migrated, or were in the process of establishing their own online business”, it was noted.

In December, the Ministry of Education and Youth rolled out its islandwide Yard to Yard Find The Child initiative in order to identify, locate and re-engage students who went missing when schools went online in March of 2020 because of the pandemic.