A hotbed for crime 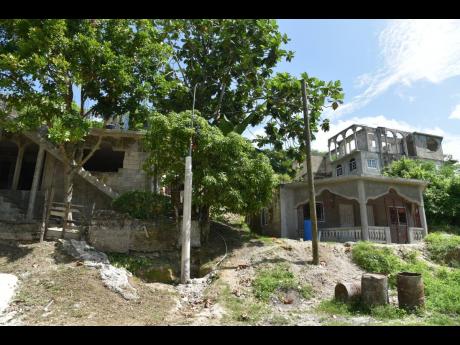 Mark Titus
Squatting in Retirement, another volatile community located south-west of Montego Bay, started when jobseekers started taking portions of the 1800-acre property that was earmarked for the expansion of the tourist town to build homes. 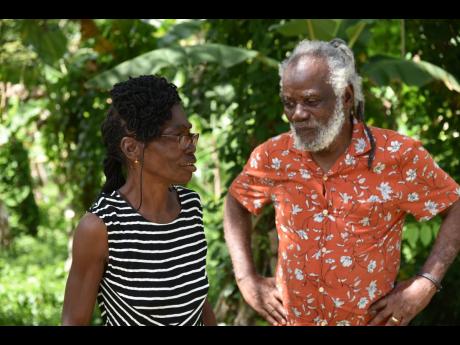 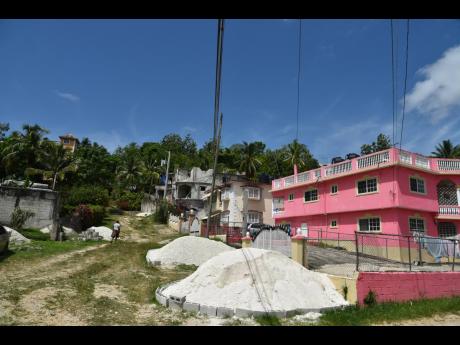 Mark Titus
Residents in Retirement claim that their community is peaceful, but the news team learned that gangsters have divided sections of the area and have forced some squatters to abandon their ‘property’.
1
2
3

Wanton chaos and a blatant disregard for law and order have cast clouds of despair over communities in St James, including the city of Montego Bay, as the northwesterly parish reaches the unflattering century mark in homicide in five months.

Montego Bay remains a popular destination in global tourism, boasting a rich collection of five-star hotels, and is home to the busiest port of entry in the region. But the authorities have failed to stem the proliferation of informal settlements that continue to emerge as jobseekers migrate from rural communities in search of employment opportunities.

With little or no housing solutions available in the Second City, many chose to capture lands, giving rise to some 23 unplanned settlements, with common features such as lack of roads, illegal electricity and water connections, difficult terrains, and few street lights, creating the perfect breeding grounds for criminals and a nightmare for the security forces.

The police note that as they become more congested, they give rise to criminal organisations such as the infamous Stone Crusher gang, made up of men and women in their early 20s, who were treated like modern-day Robin Hoods, for their willingness to share their ill-gotten proceeds.

“It’s a challenge that we face daily, as we fight to tackle crime, targeting the source. These communities are a breeding ground for criminals,” one senior officer noted, adding that the complicated make-up of these informal settlements makes them hard to police.

The ‘Crushers’ brutally eliminated opposing gangsters to control marginalised communities in most of western Jamaica, leaving a trail of death and mayhem, supported by a culture of silence. But the killing of the notorious leader, Eldon Calvert, in September 2014 saw a contentious splintering of the bloodthirsty hoodlums into rivalling gangs fighting for turf, bragging rights and proceeds of the lottery scam.

The lottery scam, now estimated to rake in US$1 billion annually, started in the community of Granville in 2006. This new-found wealth changed the face of criminality for the worse, as the fraudsters moved from hiring protection to establishing criminal enterprises, entrenched in their communities, and making it difficult for the police to get information.

“In policing inner-city communities, you have to establish a good relationship with the community members,” said Deputy Superintendent of Police Eron Samuels, who is in charge of operations for the St James Division. “There must be mutual respect and the more that is developed, you will make a greater headway into fighting crime.”

Samuels agrees that there will be areas where hardcore policing is necessary, but says community policing must be the accompanying tool.

“There are well-thinking persons in the community who are desperate for a change and we can work together to win this fight,” he told The Sunday Gleaner.

Samuels says most of the murders committed in St James are gang-related, noting the internal strife between members of the G-City gang.

“Based on what we have seen, at least 25 per cent of most of these murders are related to this conflict,” he said.

Several gangsters are now behind bars, and 72 guns have been taken off the streets since the start of the year, but Samuels is appealing for witnesses of crimes in the garrison communities to step forward.

“Cases are now better prepared, with the support of forensic evidence, but most of these cases could have been closed if we had the witnesses coming forward; we want to assure them that there are systems in place to ensure their safety,” he told The Sunday Gleaner.

Samuels refused to name the problematic communities, but in a May 31 travel advisory, the United States Department of State named Canterbury, Flankers, Rose Heights, Glendevon, Mount Salem, and Norwood among communities that Americans should avoid.

The widespread scourge of informal settlements has been blamed on the failure of successive administrations to take decisive action. To help stem the problem, the Housing Agency of Jamaica (HAJ) has carried out infrastructural improvement in several communities across Jamaica, including many in the western end of the island, and has noted its role in making these areas safer.

At one point, then HAJ Managing Director Gary Howell claimed there was an 80 per cent drop in crimes in Flankers, Montego Bay, after the road was resurfaced.

The HAJ also boasted that with the changing landscape of such communities, more working-class persons have opted to live in these areas, and that has impacted the levels of crime. But this is not the reality being faced by the police or the residents of these marginalised communities, as crime, especially murders, continues unabated.

Squatting in Retirement, another volatile community located south-west of Montego Bay, started when jobseekers started taking portions of the 1800-acre property that was earmarked for the expansion of the tourist town to build homes.

The Retirement Development Trust was established in 1990 by community activist O. Dave Allen to manage the process to regularise the troubled community. He believes such initiatives are better off with community organisations, arguing that there is a greater level of compliance when they are community-driven.

“When the Government manages, all we have is chaos,” he charged. “Community groups will get more done because we are sensitive to the situations being experienced, and when the Government is involved, individuals expect it to be free.

“So what we have is one set who aggressively takes the land and another set who lawfully applies,” he told The Sunday Gleaner.

But Allen is hoping that there will be a renewed thrust to formalise the communities and is encouraging the HAJ to re-engage the areas with an approach that mirrors the Operation PRIDE concept.

Norman Brown, chairman of the HAJ, says there are several residents in Retirement who are yet to engage his entity to regularise their tenure, but believes the community organisation does not handle the process professionally.

“What I can say is that the problem of squatting is a matter of priority for this Government, but it will cost a huge chunk,” he said.

Seven properties in Bottom Pen, Montego Bay, which were partially upgraded, have been earmarked to regularise more than 500 households, as part of the Government’s recent thrust to address the squatting problem.

Residents in Retirement claim that their community is peaceful, but the news team learned that gangsters have divided sections of the area and have forced some squatters to abandon their ‘property’.

The lottery scam is not the only criminal initiative established in the inner city, as the infamous guns-for-drugs trade between Haiti and Jamaica was reportedly masterminded by a don from the western city, while sharing jail time with criminals from Haiti in Miami, Florida, in 2001.