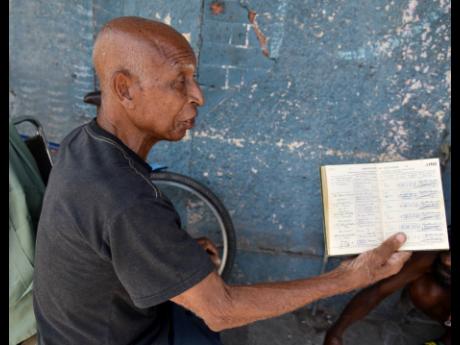 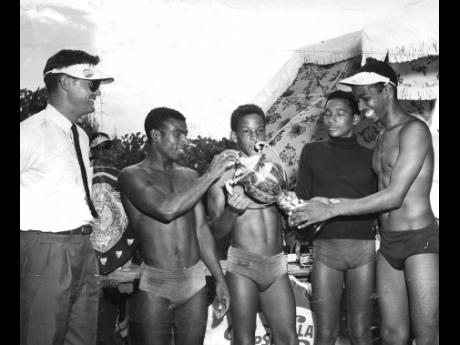 Retired national swimmer Kanute Kelly still sports the green Jamaica athletic blazer he wore to the National Stadium on August 6, 1962. The nostalgia of that moment – of the dot on the atlas charting the unknown future – still fills him with pride...

The nostalgia of that moment – of the dot on the atlas charting the unknown future – still fills him with pride today.

He vividly remembers the historic moment when the Union Jack was lowered, signalling the loosening of Britain’s colonial reign.

“When the [British] flag was drawing down, I was in the stadium. It was a good experience, cause it feel good fi see how dem a draw down the British flag and a put up di Jamaican flag,” Kelly, who is now 80, said in a recent Gleaner interview.

He also recalls the celebration on Independence Day.

“It was the best Jamaicans ever have in dem life.

“If you go down a King Street, you would see a white man – a sailor – and everybody a dance on di street. Jamaica was Jamaica, not [like] today where you see dem a kill off people. People used to love in Jamaica.”

Now resident on Highholborn Street in Kingston – far from the glare of the paparazzi and the cheers of adoring fans – Kelly helped in the curating of Jamaica’s history, serving more than half a century ago as an underwater diver who unearthed lost treasure in Port Royal.

Working with fellow assistant Wayne Roosevelt and marine archaeologist Robert Marx, Kelly recovered artefacts from the seabed traced back to the era of the 1692 earthquake that destroyed what was dubbed ‘the wickedest city’ in the world. Those efforts were under the aegis of the Institute of Jamaica.

Memorable photos of his finds, including pieces of eight and a watch, were published in the February 2, 1967 edition of The Gleaner.

“I find most of the coins over the sinking city at Port Royal. I found thousands of silver coins, pewter spoon, pewter plates, whole heap of pipes and all dem type o’ things … . I felt good as a Jamaican who found these historical items,” he said.

Born on January 20, 1983, in Southside, central Kingston, Kelly also recalled his boyhood days diving for coins tossed into the sea by cruise ship tourists. But it wasn’t merely for entertainment, as he used the money to buy food.

He is extremely grateful to Mike Fennell, former president of the Jamaica Olympic Association and former captain of Jamaica’s swimming and water polo teams, who saw great potential in him as a youth.

“I used to do spearfishing for a living, and one day I was walking and Mr Fennell saw me and called me and said, ‘Come here, young boy. I going carry you up at Bournemouth and put you into mi club … ‘,” Kelly said.

And every afternoon after that, Fennell picked him up and took him to Bournemouth Bath for swimming practice.

Fennell encouraged Kelly to enter the cross-the-harbour race in 1955, where he finished fifth behind winner, Barrington Roper, regarded then as the best swimmer Jamaica had ever produced.

The following year, Kelly became a member of Fennell’s Sea Otters club, and within six months represented Jamaica, winning the 1,500 metres freestyle and finishing a close second in the 1,500 metres backstroke.

In 1956, Kelly established a new record in the backstroke event at the West Indies Championships held at Bournemouth and also won the 1,500m freestyle.

That victory was followed by the heartbreaking disappointment moment in 1958, when he said he was denied the opportunity to compete in the British Empire and Commonwealth Games in Cardiff, Wales, because, he said, it was too costly to send a sole swimmer to the championships.

Kelly represented Jamaica with distinction from 1956-1961 and was voted the most outstanding swimmer at the West Indies Championships held in Trinidad and Tobago in 1960.

After six years of trying, Kelly became a Cross-the-Harbour swimming champion at the age of 23, covering a distance of 3,000 yards.

He won the Cross-the-Harbour race once and placed second on five occasions. He was also on the polo team, representing Jamaica for the Central American Caribbean Games in Caracas, Venezuela, in 1959.

At those Games, Jamaica won the silver medal, with Kelly scoring 15 goals.

On May 6, 1961, Kelly was among the team of senior 4x100 medley swimmers who broke eight records. The medley team also included Paul Simms, Alvin Roberts and Barrington Roper. Back then, their combined effort resulted in the chopping of 13.3 seconds off the club record and 1.8 seconds off the Jamaica and West Indies record, with a 4:59:2 clocking.