Man who tried to save electrocuted contractor wanted in murder probe 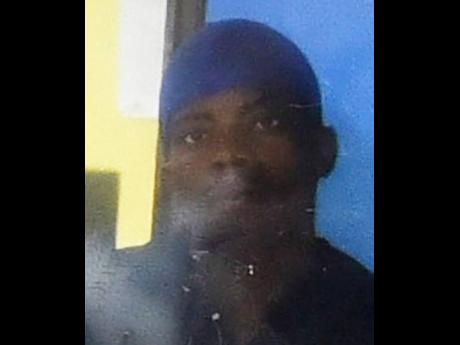 Kemar ‘Doggy’ Campbell, the man who earlier this year executed a daring rescue mission as a contractor was being electrocuted atop a light pole in Trench Town, Kingston, is being sought by sleuths probing a June 29 murder. Campbell was widely...

Kemar ‘Doggy’ Campbell, the man who earlier this year executed a daring rescue mission as a contractor was being electrocuted atop a light pole in Trench Town, Kingston, is being sought by sleuths probing a June 29 murder.

Campbell was widely praised for his valiant effort in rescuing the Jamaica Public Service contractor on February 2 in a section of the community called Mexico. The contractor died days later in hospital.

Yesterday, Campbell was featured in the Jamaica Constabulary Force’s Wanted Wednesdays campaign as investigators indicate their intention to question him in relation to the shooting death of 34-year-old Clayton ‘Pops’ Bryan.

Bryan was laid to rest on Tuesday.

At Bryan’s family home in neighbouring Jones Town, Christine Taylor said that her brother had numerous run-ins with Campbell, from the time they both lived at the same Woodrow Street address until Bryan took his last bicycle ride to Seventh Street.

Bryan had allegedly gone to speak to Campbell’s father after a recent encounter when motor vehicles driven by Kemar Campbell and him were used to block each other’s path at an intersection in the community.

“He never came back,” Taylor told The Gleaner.

“Him go over there to warn him father because a long time dem a have things. Him (Kemar) did live in here so wid our cousin ... . Mi bredda put him out the yard, so a there so the feelings start,” she said.

Taylor said that she had heard the gunshots that claimed her brother’s life but had no inkling that it was he who was under attack.

“Mi see people a run a come down a say a my brother just dead ... . But a just go him go fi tell him (Campbell’s) father fi tell him fi leave him alone because dem did catch up at Price Street. Him have a car and my bredda have a car, dem block road pon each other and dem a cuss and mi bredda say weh him did a go do him, and him threaten him back,” Taylor said.

Taylor described her brother as a “gyalis”, who had 11 Caribbean Secondary Education Certificate subjects and harboured dreams of becoming a police officer.

Taylor said the community is aware of Campbell’s listing as wanted for her brother’s murder.

Campbell’s mother told The Gleaner that he has been away from the community for some time.

She said that she was unaware of her son being involved in any murder, adding that he was a church-goer.

“When mi hear it, me a say, ‘Kemar? Me nuh know him as that.’ ... Him nuh say anything at all to me. After the incident with the light post, I don’t see him from that,” Campbell’s mother said.

The police are asking anyone with information on Campbell’s whereabouts to call Crime Stop at 311.