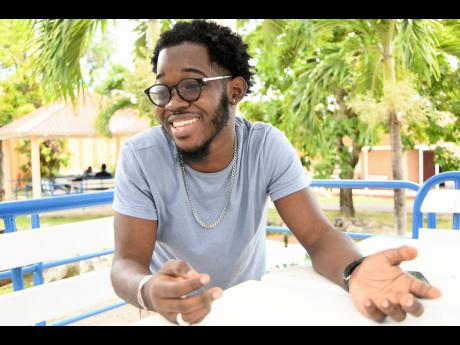 Rudolph Brown/Photographer
Bilal Abayomi recounts his med-school journey and how he overcame illness that brought him to death’s door. The 22-year-old is the first in his family to become a medical doctor. 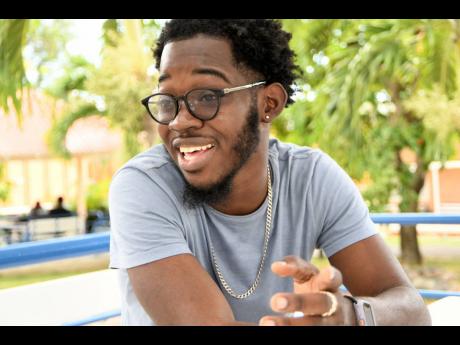 Rudolph Brown/Photographer
Bilal Abayomi: “You can tell me all the stats that most people die from it, but I’m not dying from it.”
1
2

Doctors at two of the island’s premier hospitals told Bilal Abayomi to forget about completing medical school because he was dying.

The 22-year-old had been rushed by his mother to Andrews Memorial Hospital in St Andrew in August last year after debilitating pain, which began in his leg, quickly consumed his body. His heart rate had escalated to 140 beats per minute and his breathing had become laboured.

Several tests revealed that his lungs had been storing blood and that his oxygen level had plummeted below the standard 95 per cent to 80 per cent.

“Most of the blood in my body was just clotting and clotting in my lungs as well. She (doctor) said that she had never seen anything like it before,” Abayomi recounted in a Gleaner interview on Thursday.

Staff at the private hospital determined, Abayomi recalled, that treating him would be punching above their weight.

The team of experts had concluded that if he stood any chance of surviving, he would have had to be immediately transferred to the University Hospital of the West Indies (UHWI).

“They did an imaging scan on my chest, and that was even worse. They didn’t even show me the images. They just said, ‘We can’t help you here. We don’t have the capacity, and if you stay here, you’re probably going to die,’” Abayomi said.

“I was just like, ‘Wow’. That’s just not something you want to hear on the eve of final year. I was thinking, ‘It couldn’t have happened in the last week?’ Why now? Why the day before?” he questioned.

Strapped in an ambulance for the approximately 15-minute drive to the Type A hospital in Mona, Abayomi could only think of fulfilling his lifelong dream of becoming a doctor.

But no sooner than the emergency vehicle had left the Hope Road facility, the Nigeria-born Jamaican fell unconscious.

He awoke hours later to jolts and hits from a doctor, who had difficulty getting him to regain consciousness. He was strung to several machines.

Abayomi said he was told that doctors were struggling to determine what had caused his illness because he did not fit the profile of patients who often presented with severe blood clots.

That category mostly featured women, seniors, or cancer patients, he said he was told. He was an anomaly.

After ruling out COVID-19, doctors concluded that he had suffered a pulmonary embolism.

“It was so bad that every time I coughed, I coughed up blood. You don’t really realise your mortality until when you are coughing up blood and seeing the clots come out. That was when I thought, ‘Maybe school is not that really important,’” he said.

But while on the verge of acceptance that he may never finish school, Abayomi said that he reaffirmed to himself that all would be well, having already navigated depression, anxiety, and attention deficit hyperactivity disorder.

“I told the residents, ‘You can tell me all the stats that most people die from it, but I’m not dying from it. I’m going to be in school by Monday.’

“When I told them that, they thought that I was mentally challenged to the point where they called in a psychiatric team. ... They could not wrap their minds around it,” Abayomi said.

But after four days and endless rounds of treatment, medics saw a vast improvement in Abayomi’s condition.

His lungs had been partially damaged, and he still suffered bouts of pain when coughing, but doctors agreed that he was well enough to be discharged after his weeklong stay.

He said after several consultations with local and overseas doctors, it was theorised that his condition stemmed from him having the sickle cell trait.

With a new lease on life, Abayomi said that he worked feverishly, despite suffering four more episodes of pulmonary embolism in a matter of months, to prepare for his final exams.

Support from his mother, friends, and batchmates who shared notes got him across the finish line.

“I told myself that by the hook or the crook, we’re finishing this year. So even if the sickness has me on the ground writhing in pain, which it has, I’m still reading because I’m not going to let something that I can’t control end my dream,” he said.

Today, Abayomi will be taking the Hippocratic oath after completing his final exam last Friday and learning that he was successful on Wednesday.