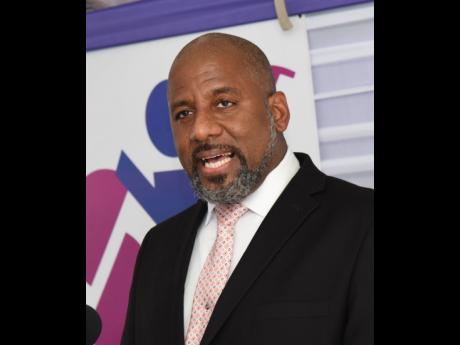 The Planning Institute of Jamaica (PIOJ) will review the Vision 2030 targets that have been projected as milestones on the journey to developed-country status.

Currently, about two-thirds of the targets are on track or met, while one-third are static or worse when compared with the baseline year, the agency stated.

“The PIOJ is currently seeking to engage relevant technical assistance to support the strengthening of its monitoring and evaluation framework, and review the performance measurement framework, including the indicators and targets,” Director General Dr Wayne Henry said at the quarterly press briefing on Thursday.

Vision 2030 uses 75 indicators to measure the state of the country’s progress along the economic, social, environmental, and governance spheres of development.

The PIOJ explained that the measures may require adjustments based on the global challenges from the COVID-19 pandemic and the ongoing war in Ukraine which has resulted in global commodity shocks.

The state-run agency will provide an update at its next press briefing tentatively slated for November.

Vision 2030 Jamaica was launched in 2009 with bipartisan support but concerns have emerged that the targets might have to be recalibrated if the country is to hit the goals in the next eight years.

Dr Adrian Stokes, a development economist, has argued that it will be difficult for the island to attain the main goals without significant investment in human-capital development.

Henry said that “the country’s development targets under successive medium-term, socio-economic frameworks have been mixed”. The PIOJ said that 64 per cent of indicators improved over the baseline year, while 32 per cent showed no improvement or had worsened.

The four main goals of Vision 2030 seek to empower Jamaicans, create a stable society, and create a prosperous economy and a healthy environment.

Polls, however, indicate that Jamaicans are most concerned about crime and violence, which cuts GDP by at least four per cent.

World Bank data rank Jamaica as having the third-highest intentional homicide rate in the world.

The target for the control of corruption was not achieved and is still an area of concern, the PIOJ director general said.

The Jamaican economy grew 5.7 per cent during the April to June 2022 quarter – compared with a year earlier – on the back of increased activity in the services sector as the goods industry declined slightly, according to the PIOJ.

The agency’s growth projection ranges between 3.0 per cent and 5.0 per cent for the full fiscal year.

Since independence, the island grew, on average, at 1.0 per cent a year. The current quarterly growth rates are among the highest since Independence. That high started in 2021 as recovery gained steam after the pandemic fallout in 2020.

“It should be noted, however, that the economy is not expected to attain pre-COVID-19 gross domestic product levels until fiscal year 2023-24,” said Henry.