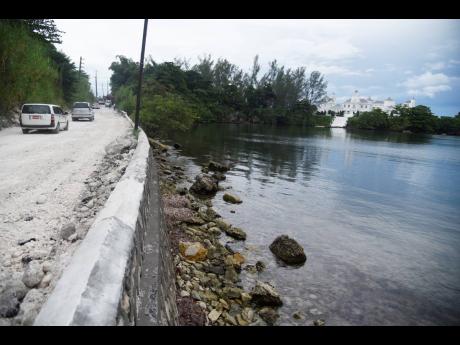 Nicholas Nunes/Photographer
Trident Hotel looms in the distance in Dolphin Bay, Portland. The owners of the hotel have requested that 520m of existing roadway adjacent to the property be relocated further inland via a 760m bypass route. 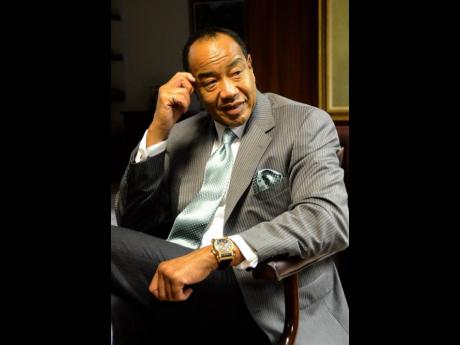 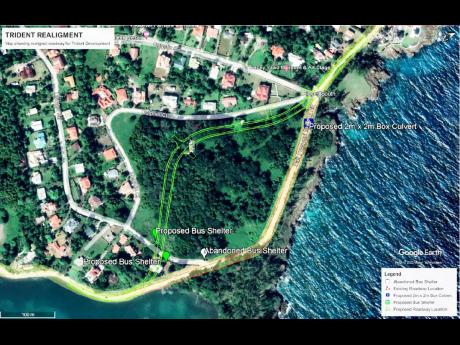 The Michael Lee-Chin-owned Trident Estate in Port Antonio has submitted a road realignment proposal to extend the footprint of its landholding to envelop more picturesque seafront in Portland. The move, which could add buoyancy to property value...

The Michael Lee-Chin-owned Trident Estate in Port Antonio has submitted a road realignment proposal to extend the footprint of its landholding to envelop more picturesque seafront in Portland.

The move, which could add buoyancy to property value and broaden investment potential, appears to dovetail with government policy to accommodate developmental plans of private commercial interests along the coastline.

Similar modifications have been made to facilitate other investors, including ratified realignment of a section of the multibillion-dollar Southern Coastal Highway Improvement Project. That adjustment, billed at US$300,000, is reportedly in line with policy for all realignment costs to be borne by property owners propositioning changes.

Another proposal is on the table for a north coast beachfront property, The Gleaner understands.

Rerouting roads inland could offer improved real-estate value to rolling properties with sea frontage without the interruption of traffic.

In Portland, the proposed roadway would pass through a 20-acre swathe of the Trident Estate in Dolphin Bay owned by the Lee-Chin family and will be situated directly off the Fair Prospect to Folly road, the existing thoroughfare.

The investors have requested 520 metres of the current road next to the property to be relocated further south into their holdings through a 760-metre bypass route.

The scope of work for the realignment includes improvements to the roadway and drainage, as well as the installation of water mains, fibre-optic lines, and the relocation of other utility infrastructure.

The price tag of the realignment has not been disclosed.

Port Antonio Mayor Paul Thompson said that he was not officially aware of the proposal.

“Well, I heard it on the road, people talking, [but] ... anything like that, the CEO would have mentioned it to me,” he said in a Gleaner interview last Friday.

She confirmed that her office was aware of the project discussions.

A consultation meeting scheduled for last Friday was aborted after residents objected to the hybrid format, insisting that all stakeholders appear in person.

A new meeting is anticipated sometime this week.

Wayne Chen, a director of Trident Hotel, confirmed that an application was made to the Portland Municipal Corporation.

“I know, but I don’t have the details. You would have to speak to the manager about that ... . I am aware in a general sense but not of the details,” Chen told The Gleaner late on Monday.

Wayne Chen is listed as a director of Trident Hotel, as is TLC International (Jamaica) Limited, according to Companies Office of Jamaica records.

E.G. Hunter, chief executive officer of the NWA, emphasised that the realignment would not involve additional expenses for the Government or the need for any land purchases.

“The concept realignment is based on a net zero to the Government with respect to expenditure, meaning the Government does not spend nor receive additional funds above the original intention,” Hunter said in a Gleaner interview on Sunday.

The planned realignment, he said, would also insulate the road from coastal erosion, negating the need for pricey retaining wall projects like those being undertaken along the Annotto Bay to Buff Bay corridor.

“The realignment will also yield beachfront land for recreation and realisation of the benefits of the blue economy,” he said.

Final decisions on realignment proposals ultimately rest with the Government, The Gleaner understands.

The NWA undertakes technical analysis, accounting for utility relocation, permissible speed, and safety issues, before making recommendations on the course of action to the portfolio ministry.

– Andre Williams contributed to this story.