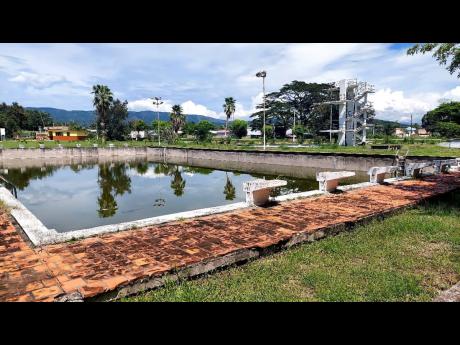 Photo by Asha Wilks
Swimming and diving pools have not been commissioned into service since 1980 at G.C. Foster College of Physical Education and Sport, administrators say. 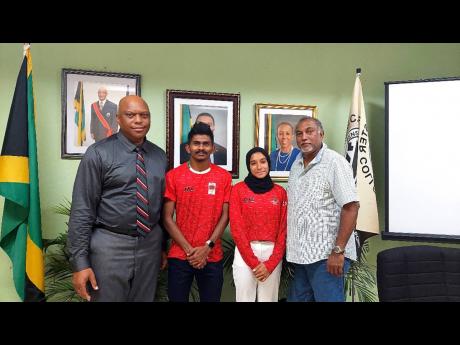 G.C. Foster College of Physical Education and Sport is seeking to expand its campus’ facilities and double student enrolment to maximise revenue generation as part of its strategic five-year plan. Chairman Vishu Tolan said that the 42-year-old...

G.C. Foster College of Physical Education and Sport is seeking to expand its campus’ facilities and double student enrolment to maximise revenue generation as part of its strategic five-year plan.

Chairman Vishu Tolan said that the 42-year-old campus had not undergone significant infrastructural changes since being gifted to the Jamaican people by the Cuban government in 1980.

“If you take a walk around this campus, the structure remains the same outside of improvements that have taken place over the last five years,” Tolan said in a Gleaner interview on Monday.

Those improvements include the installation of gazebos, the implementation of smart classrooms, and the construction of a $180-million running track eight years ago through the assistance of the Sports Development Foundation.

The school expects to acquire 80-foot poles for lighting, which is slated for installation before year end.

“Times have changed, and in any teaching institution, we have to change. We have to match what is required in the society,” Tolan said.

He listed infrastructural issues as one of the biggest obstacles the St Catherine-based institution had to overcome.

G.C. Foster has a capacity of 1,000 residential and commuting students but has underperformed in enrolments, with only half that number registered prior to the coronavirus pandemic.

For the just-commenced academic year, the college targeted 120 first-year students matriculating from secondary school, registering 113. Another 138 are not fully enrolled.

The institution has a ratio of one instructor to 30 students – double the ideal, the administrators said.

“So, when you do the maths, we will need government intervention in terms of increasing their subvention to us to accommodate new students,” said Tolan.

G.C. Foster is also in desperate need for dormitory space, as its 100 residents is double the prescribed accommodation capacity of 50 students.

That infrastructure buildout would provide impetus for the college’s goal of increasing its intake of international students.

Students have travelled from South Africa, Australia, China, and New Zealand to train there.

On Monday, two students from the Maldives joined the institution.

“With more accommodation, we could do better,” said principal Maurice Wilson.

There is also need for additional lecture rooms and smart classrooms as despite courses being available online, students also needed practical learning and would be required to come in for such sessions.

Wilson said that maintenance of the 44-acre campus, with more than $1 billion in infrastructure, was challenging and that income from tuition fees and dorm leases was insufficient.

He is soliciting greater investment from organisations in the development of sports.

“But persons can only understand that if they make the connection between sports and our economy,” Wilson said.

The school is also eyeing the expansion of its suite of sports to include futsal, air badminton, and pickleball. The current offerings span traditional sports such as football, hockey, and cricket.

The institution is also seeking to resolve the long-standing problem of a swimming pool that has never been opened for use.

Installation of its own pool would slash annual off-campus transportation expenditure ranging between $6 million and $8 million.

“We believe strongly that there is need for a swimming pool in the college,” Tolan said.

The G.C. Foster College chairman has appealed to the education ministry to help shoulder the $120 million-$150 million pool rehabilitation bill.