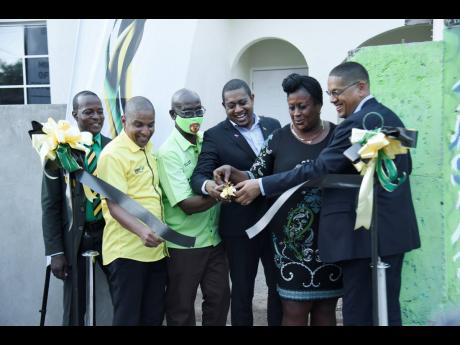 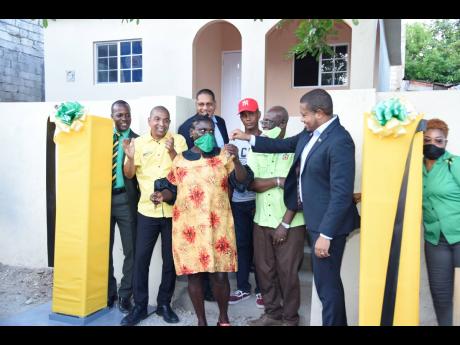 Julia Rogers was overcome with emotion on Thursday being one of two recipients of a two-bedroom home, valued at under $6 million each under the Government’s indigent housing solution programme.

The resident of Fleet Street in Kingston Central expressed gratitude to Member of Parliament (MP) Donovan Williams, who she said made this possible for her, never ceasing to push for a proper home for her and her family.

Rogers said that she was often worried about her living conditions, but Williams would always reassure her that she would see better days.

She told The Gleaner that the wooden structure which she previously inhabited was not ideal for her and three relatives.

She added that whenever it rained, the home became very messy as water leaked into the dwelling.

“A God make this possible for me because the way how things did stay, I couldn’t live. I couldn’t stay in it. The rain woulda come wet me, and I don’t know how I woulda manage,” she said.

Rogers paused during her vote of thanks to lift her hands to the Heavens, thanking God for her change in fortune as the Government handed over the home, which has two bedrooms, a bathroom, a dining area, and a kitchen.

She is looking forward to a much more comfortable space, especially since the new home was built with reinforced concrete.

Like Rogers, Lloyd Lowe and Juliet Cross, who are siblings and residents of Barry Street, were overjoyed at receiving a new home on Thursday as this allows them to move out of a rat-infested wooden structure.

“[It] did bad, man. Very bad,” Lowe said of the previous living conditions, which housed five individuals in three bedrooms.

In his remarks, Local Government Minister Desmond McKenzie said that more than 40 housing units have been constructed within the Corporate Area under the programme.

He noted that although the Government has handed over two units so far within Kingston Central, funds are allocated for the construction of an additional three.

“There is a need for serious social intervention in Central Kingston and for a constituency and for a area that for many years have been loyal. It speaks poorly to those who were at the steering wheel before,” he said.

He noted that road rehabilitation will have to be looked at as well, acknowledging that the island’s road network was in a bad state.

MP Williams and Kingston Mayor Delroy Williams both spoke about the need for a transformation of Central Kingston, saying that the communities in downtown Kingston had not gone unnoticed by the Government.

“We have plans for Central Kingston,” the MP declared.

Mayor Williams said that the capital city would see a change even if it appeared to be slow moving. That Kingston would soon be developed into a destination and tourism city.

With this in mind, he said that housing is critical as meaningful transformation could not occur without paying attention to such needs.

“Providing proper housing solution is something that any government must be committed to and take pride in,” he said.