Gov’t not ruling out public-private prison 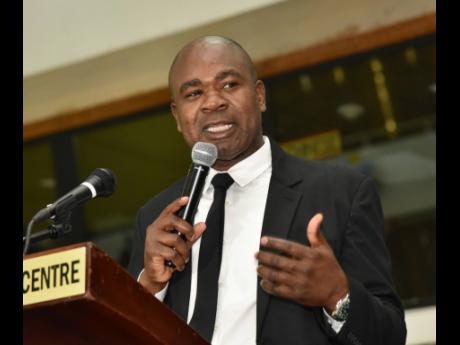 The Government has given its clearest indication that it is not averse to considering a public-private partnership to build a state-of-the-art prison. The disclosure was made on Wednesday by Zavia Mayne, the state minister in the Ministry of...

The Government has given its clearest indication that it is not averse to considering a public-private partnership to build a state-of-the-art prison.

The disclosure was made on Wednesday by Zavia Mayne, the state minister in the Ministry of National Security who has general oversight of the correctional services.

This follows a recent Gleaner report that the Government received an unsolicited bid from a prominent Jamaican developer to construct a $30-billion prison on 300 acres in Hartlands, St Catherine.

Stating that “options are being explored”, Mayne said that a joint venture “is not something that I could say the Government is not prepared to consider.

“What affords us the best avenue to run a modern, effective, and efficient facility is something that the Government will want to take on board,” he said in a Gleaner interview on the margins of a Caribbean Military Technical Training Institute graduation ceremony at Up Park Camp.

He recently announced the Government’s intention to construct a new maximum-security prison to house high-risk inmates who may still be directing violent crime beyond prison walls.

A $30-billion proposal currently before the Government includes maximum- and medium-security facilities as well as areas for juvenile and female offenders. While the exact terms of the partnership are yet to be negotiated, The Gleaner understands that the rehiring and retraining of warders may be part of the wider plan.

However, executive director of Stand Up for Jamaica, Carla Gullotta, has warned that prisons operated as a business may facilitate the exploitation of inmates, who could be forced to work and contribute towards for-profit enterprise.

Gullotta, whose organisation has for years lobbied for inmate rights, said that the correctional services should be government-run to ensure that international standards are met.

She contends that passing off that responsibility to the private sector “means that the Government admits a huge failure in terms of being able to manage detention”.

“If the Government has the understanding, the willingness, the instrument, the political choice to do that, I don’t see why they should give it to somebody else without exercising any form of control,” the rights activist said in a Gleaner interview.

But labelling promises of a new prison as “just another talk shop”, chairman of the Jamaica Federation of Corrections, Arlington Turner, has criticised the national security ministry for perceived neglect of the island’s prisons.

He suggested that Dr Horace Chang, the portfolio minister, has diminished the full spectrum of his role.

“I think Minister Chang is a police minister. He’s not a national security minister for anybody else but the police. The fact is, if they are putting on a doorknob in any police station, he’s there, but as it relates to corrections, he’s just not there,” Turner told The Gleaner.

“We have a state minister, but we understand what he can do and cannot do,” he added.

Citing pronouncements during 30 years as a correctional officer, Turner said he was cynical about the recent declarations that a new prison would be built.

“... I have enough documents to tell me that these proposals have been made for many, many years - different administrations, different national security ministers, and we have reached nowhere,” he said.

Meanwhile, Mayne acknowledged that there are “shortcomings” in the Department of Correctional Services (DCS) but sought to give the assurance that the Government was working to address the issues.

He said that more than $800 million was allocated to the DCS from the last supplementary budget.

There is consensus among state officials and human-rights lobbyists that Jamaica’s centuries-old maximum-security prisons at Tower Street and Spanish Town are obsolete.

Mayne said that work is being currently undertaken to develop and finalise an Offender Management Policy, which will form the substantive basis of amendments to the Corrections Act.

Referencing the recent arrest and charge of a correctional officer alleged to have smuggled a cell phone and marijuana into the Tower Street prison, Mayne has called for a review of the powers of the commissioner of corrections to address such breaches.

“The commissioner of corrections does not have the authority to sanction him just now to say, ‘You remain off duty till the matter is fully disposed of’. It has to go through the process of the Public Service Commission because correctional officers are seen as civil servants. That is a weakness,” he sad.