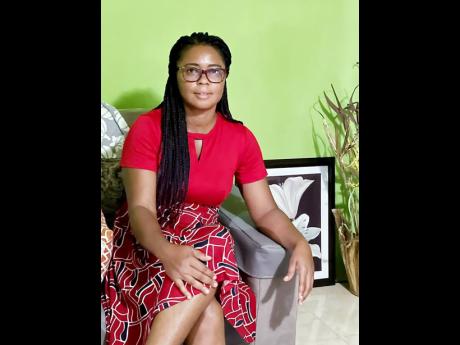 Contributed
Alicia Smithson, who was allegedly murdered by her boyfriend in Westmoreland on Tuesday.

WESTERN BUREAU: An uncle of 42-year-old dressmaker Alicia Smithson, victim of an apparent murder-suicide in Senior, a community on the Westmoreland-St James border, believes that jealous rage could be behind the tragedy. Police investigators have...

An uncle of 42-year-old dressmaker Alicia Smithson, victim of an apparent murder-suicide in Senior, a community on the Westmoreland-St James border, believes that jealous rage could be behind the tragedy.

Police investigators have theorised that Smithson was strangled in her bedroom by her boyfriend Robert Stewart, who was of a Cornwall Courts address in Montego Bay, St James, before hanging himself.

About 3 p.m. on Tuesday, Smithson’s body was discovered in a pool of blood in her bedroom, with the hands bound to the leg of a bed and a bloody sheet wrapped around the neck and covering the face.

Raymond Headley told The Gleaner he was shocked when he learnt of his niece’s death.

“I was at work [on Tuesday] about 2 o’clock, and my sister called from the [United] States and said she called ‘Lisa’ and she didn’t get a response,” he recounted.

Headley said that he told his sister that he was a bit busy, but he asked a cousin to go by her house to check if she was home.

“Him call mi back and say him nuh get no response. Then mi see one a mi church sister calling mi, and she say she saw the grille open, the locks on the table, but no response,” he shared.

Headley said that he then asked her to take a look around.

When the woman sought the company of other community members and went inside, they made the gruesome discovery.

He described his niece as a quiet, soft-spoken, well-mannered, and hard-working single mother.

This is the second suspected deadly domestic dispute in Westmoreland over the past week.

Last Friday, the decomposing body of 39-year-old Kerry Ann Williams was discovered in a shallow grave behind her house in Mount Airy. Her 27-year-old boyfriend, Courtney Cooper, who goes by the name ‘Junior’, has been named as a person of interest in the murder investigation. He hails from the St John’s Road area in Spanish Town, St Catherine.