Holness, Golding yet to sign IC Code of Conduct 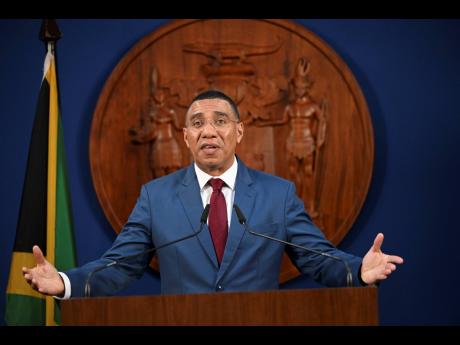 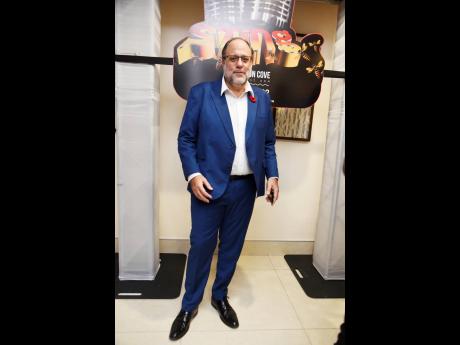 Nicholas Nunes/Photographer
Opposition Leader Mark Golding is yet to signature the Integrity Commission Code of Conduct.
1
2

More than two weeks after the Integrity Commission wrote to Prime Minister Andrew Holness and Opposition Leader Mark Golding, asking them to sign a ‘Leadership Commitment to Code of Conduct’, both leaders were yet to ink the document up to December...

More than two weeks after the Integrity Commission wrote to Prime Minister Andrew Holness and Opposition Leader Mark Golding, asking them to sign a ‘Leadership Commitment to Code of Conduct’, both leaders were yet to ink the document up to December 6,

The code of conduct sets out what the Integrity Commission calls the Seven Principles of Public Life.

“Consequently, if either official has signed the Code of Conduct Leadership Commitment Document, the commission is not aware of it,” Greg Christie, executive director of the commission, said in an emailed response to a Gleaner query on December 6.

A letter from the commission, along with the Code of Conduct Leadership Commitment document, was emailed to the offices of Holness and Golding on November 15, 2022. Hard copies of the documents were also hand-delivered the same day.

Questions were sent to executive director of the commission, Greg Christie, requesting further details about the documents that had been sent.

Christie said that Merle Donaldson of the Office of the Prime Minister confirmed to the commission that she had received the letter on November 16 at approximately 8:43 a.m.

At the same time, Enis Clarke, executive assistant to the opposition leader, confirmed in writing to the commission that she had received the anti-corruption agency’s correspondence on November 15 at 12:27 p.m.

The commission’s letter, which was signed by Christie, states that the watchdog was looking forward to a “timely and positive response” to its overture.

The request to both leaders follows the Integrity Commission’s delivery of a comprehensive series of anti-corruption and good governance workshops to the prime minister and his Cabinet as well as to the opposition leader and his portfolio spokespersons.

Christie said that there was no legal requirement for any official to commit to the code of conduct. However, he reasoned that their formal subscription to the stated principles “will obviously be a clear demonstration to the people of Jamaica of the standards of integrity, governance, and accountability that they are prepared to submit themselves to as holders of the highest public offices in Jamaica”.

“Likewise, and conversely, a failure to formally commit to the code would also signal to Jamaicans the type of leadership that they should not expect from the country’s highest public office holders,” he added.

In a Gleaner interview on Thursday, Golding said that he was in favour of a leadership code of conduct. However, he said that the commission should have had dialogue with the leaders who are being asked to sign the document.

“There was no discussion whatsoever. I received a letter asking me to sign this document. I knew nothing about it, and I didn’t know who developed it and what they intend to achieve by it.”

Golding said he would have dialogue with the commission and make comments on the contents of the code.

“Overall, I am in support of the idea of a leadership code,” he said.

Attempts to get a response from the Office of the Prime Minister as to whether the head of government would sign the document were unsuccessful.

Holness is off the island on government business.

The Seven Principles of Public Life

1. Selflessness: Holders of public office should act solely in terms of the public interest. They should not do so in order to gain financial or other material benefits for themselves, their family, or friends.

2. Integrity: Holders of public office should not place themselves under any financial or other obligation to individuals or organisations that might seek to encourage improper behavior in the performance of their official duties.

3. Objectivity: In carrying out public business, including making public appointments, awarding contracts, or recommending individuals for rewards and benefits, holders of public office should make choices on merit.

4. Accountability: Holders of public office are accountable for their decisions and actions to the public and must submit themselves to whatever scrutiny is appropriate to their office.

5. Openness: Holders of public office should be as open as possible about all the decisions and actions that they take. They should give reasons for their decisions and restrict information only when the wider public interest clearly demands.

6. Honesty: Holders of public office have a duty to declare any private interests relating to their public duties and to take steps to resolve any conflicts arising in a way that protects the public interest.

7. Leadership: Holders of public office should promote and support these principles by leadership and example.