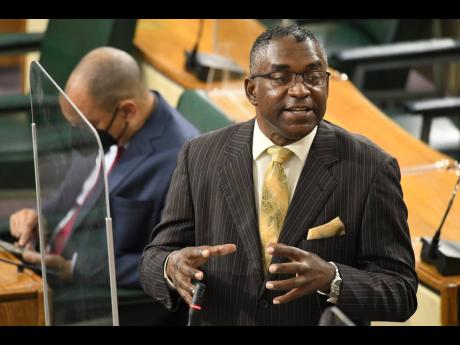 Government Senator Kavan Gayle has called for increased investments in research and development (R&D) to boost productivity in the country.

In his contribution to the State of the Nation Debate in the Senate on Friday, Gayle suggested that the Government establish a committee to institute a special action plan and programme aimed at developing human capital.

Gayle also touted the development of productivity-focused curricula for both students and professionals.

Noting that the successful implementation of these recommendations would depend on available resources, Gayle said that a designated productivity fund could be useful to finance ongoing and future productivity-centred initiatives.

“With these funds set aside, the JPC (Jamaica Productivity Centre) and relevant stakeholders could readily capitalise on opportunities as they arise. Overall, it is clear that productivity is indeed everyone’s business. Therefore, let us put on a united front to tackle this persisting productivity issue,” he said.

Estimates by the JPC indicate that between January and March 2022, output per worker rose by 1.0 per cent.

“This is a glimmer of hope as from 2001 and 2019, the country registered average declines in labour productivity,” Gayle noted.

However, the government senator said that this 1.0 per cent is not enough to close the gap with with countries such as Singapore, Mauritius, and the Dominican Republic, which have been averaging annual growth in labour productivity.

He said that for years, scores of Jamaicans have been completing formal training in low-demand areas, skilled workers have been leaving the country in droves, and common leadership practices have been ineffective.

“To make matters worse, efforts at improving national productivity have been consistently thwarted by complicated regulations and a lack of infrastructural support. All things considered, these conditions do not bode well for long-run productivity. Hence, if Jamaica is to make strides towards becoming a more productive economy, swift and concerted action must be taken,” Gayle said.

According to Gayle, productivity improvement demands a focus on public awareness, capacity building, measurement and advocacy.

A senior trade union leader, Gayle said it is necessary to equip workers, businesses, and even the public sector with tools to measure and monitor productivity improvement to ensure success.

“Despite the fact that firms and organisations in Jamaica do not effectively monitor productivity, there is no disputing the notion that the lack of human capital development, job skills mismatch, improper adoption of technology, long waiting times, high transportation costs, and low value-added production are factors that limit productivity growth,” he added.