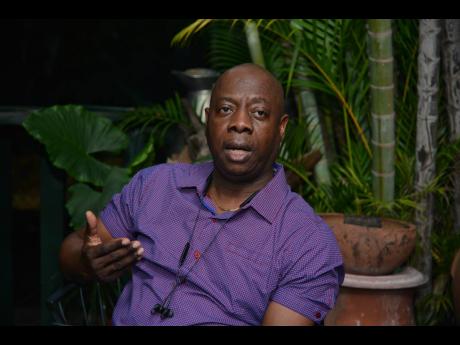 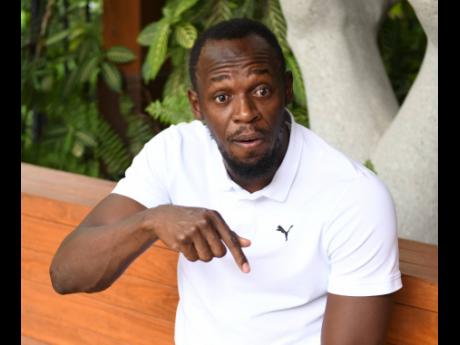 Garfield Coke, the former financial adviser to sports star Usain Bolt, says there was “no red flag” in his due diligence before recommending that the former athlete invest millions of dollars in Stocks...

Garfield Coke, the former financial adviser to sports star Usain Bolt, says there was “no red flag” in his due diligence before recommending that the former athlete invest millions of dollars in Stocks & Securities Limited (SSL) for his retirement.

Coke said amid his own analyses to determine the best investment house and instrument for Bolt, heavy reliance was placed on the fact that SSL was being regulated and there were no adverse reports on its performance.

The businessman advised Bolt from 2003, a year after he became a World Junior champion, until September 2012, when the track legend won back-to-back 100m and 200m Olympic gold.

The 50-year-old private investment firm has been rocked by a $3-billion fraud that has impacted at least 40 clients, including Bolt, who had $2 billion in an account held in the name of his St Lucia-incorporated company, Welljen.

In March 2012, Bolt reportedly gave instructions for the Welljen account to be created at SSL. Although Coke's role as financial adviser ended a few months later, he continued with Bolt in other “non-business” roles for ensuing years.

He has been in finance since 1987 and worked at leading companies such as Life of Jamaica (now Sagicor Group), a financial services conglomerate.

Coke said he was a signatory to the account and that up to the time he left Bolt's team, only two persons could sign or authorise transactions. He declined to name other signatories, citing confidentiality reasons. He also did not state the initial investment sum.

The core of Bolt's team for almost two decades included his business manager Norman Peart, who led Usain Bolt Management Limited. The two were together from 2002 until they parted ways in December 2022.

Peart and Walker said separately over the last week that they were not commenting further on the SSL case.

Coke said that around 2011, he was involved in talks with advisers from various wealth management firms. Among them was Ryan Strachan, who was then based at Mayberry Investments.

“We had several meetings prior to him (Strachan) being at SSL, and time elapsed. Then when he went to SSL, he mentioned new offerings,” shared Coke.

Strachan joined SSL in September 2011 as a wealth adviser. He acknowledged engaging with Bolt's team while at Mayberry, a relationship he sought to continue at SSL.

“I had been in discussions with a few members of the team before joining SSL, and by the time I got there, I understood it had been in the hands of somebody else. I wasn't privy to anything of that at all. They had done their work to secure the account.

“We were moving ahead, but I was very content to have somebody else manage the account,” he told The Gleaner.

That account manager, a wealth adviser, was fired from SSL after being implicated in the fraud. She has not been charged but her house was searched last Friday and files seized.

Strachan supervised her for a year.

Regarding account statements, Strachan said there was an internal system through which “you could see every account”, although “what's presented to the client is another story”.

He explained that advisers merely generated statements because “they would not produce it or they wouldn't populate it. That was done by middle and back office. The adviser would only have front-end access, to the best of my knowledge”.

That “layered, intricate system that's not manual at all” was responsible for the automatic dissemination of statements to clients, Strachan said.

He said he had no reason to question the former employee's actions in managing Bolt's account. But he noted that audit trails, for which he was not responsible, may have picked things up.

“I was never made aware of any concerns, so I can't speak to that because that was never at my level of authority,” he said in response to queries about concerns raised by the Financial Services Commission, the state regulator of investment houses like SSL.

“How much due diligence can you do?” Coke asked rhetorically, after red flags in an explosive FSC 2017 report were put to him. SSL was in problems from at least 2011.

Coke said that SSL was employing “the best advisers” and “it was almost like they were building a utopian-type company”.

“With expertise, as long there's integrity, that would have been a great formula for a strong company. That was the basis on which I went to them,” Bolt's former financial adviser said.

Coke said reviews of Bolt's portfolios were done quarterly. Those assessments, he said, included examining of financial statements and some in-person discussions with senior officials at SSL.

In a January 7 stamped sworn statement that the woman gave SSL, she allegedly confessed to an elaborate scheme in which she said she falsified statements and emails with instructions to withdraw from investors' accounts. This went on for years.

Bolt's company was not among the list of clients that the woman said she defrauded. That bit has puzzled investigators.

Though he refused to name them, Coke insisted that “senior officials” at SSL were aware of Bolt's company's account.

Two former SSL chief executive officers, Zachary Harding, who held the position from September 2019 to June 2022, and Lamar Harris (2018-2019), say they were not aware.

Up to her resignation, Harris spent seven years in various positions at SSL, which was founded by Hugh Croskery, the current executive director. His son, Mark, led the entity from 2007 to 2018.

Coke, who is the owner of Exodus Insurance, said the alleged fraud is “unfortunate” because Bolt “worked very hard”.

“He is a person who really looked out for others and has a heart that is genuine, and based on that, he could be taken advantage of,” he said, adding that the FSC should have informed the public about the SSL problems.

“You wonder when you hear something like this, how many more?” he said.

Bolt's attorney last week disclosed that the balance in the Welljen account up to October was US$12.7 million (J$2 billion). The figure plummeted to US$12,000 ((J$1.8 million) by early January.

“The account looks to have been essentially depleted from 2017,” said an investigator who is not authorised to speak on the case.

“The documentation shows that most of the investment was liquidated (withdrawn) between 2014 and 2017. We have one key statement and we are awaiting one from somebody who is currently overseas. It's possible the signature on the withdrawals was forged.”

It appears that Bolt, 36, was not a signatory on the account, the investigator said.

Bolt's estimated net worth before the Olympics in 2016, a year before he retired, was US$62 million, according to Forbes magazine.

The full extent of the fraud is not clear, although Finance Minister Dr Nigel Clarke has said the alleged theft was being perpetrated for at least 13 years.

Clarke announced a raft of regulatory reforms on Monday.

The changes address a series of questions about oversight that emerged after The Gleaner revealed a February 2017 internal FSC report in which staff branded SSL a “problem institution” that operated under a “culture of non-compliance and mismanagement of client funds” for almost six years.

Those internal views were never made public and critics have attacked the FSC for non-disclosure.

On Monday, the Government announced that it was seeking help from the US Federal Bureau of Investigation to probe the fraud.

The FSC has temporary management of SSL. Bolt has given it until Friday to respond to a demand for his money. He has threatened to sue the FSC.

Prime Minister Andrew Holness, who disclosed in 2016 that he had an account at SSL, said on Tuesday that it was opened in 2008. Holness said that he liquidated the account in September 2021 and gave instructions for it to be closed.

Editor's Note: A previous version of this story accurately quoted Garfield Coke saying he was not a signatory to Usain Bolt's Welljen LLC investment account at Stocks and Securities Limited. However, following the publication of the article on January 25, 2023, Coke informed The Gleaner that, on recollection, he was, in fact, a signatory until he left Bolt's team in September 2012. Coke apologised for the error.