Letter of the Day | Farewell, VCB – end of an era 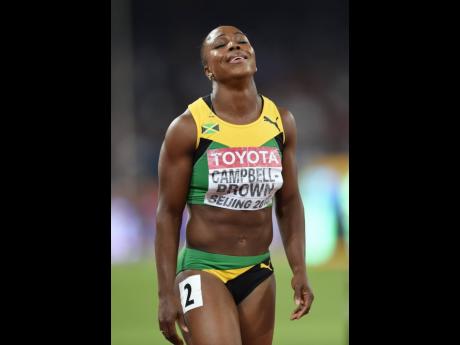 As iconic careers go, few can rival that of Veronica Campbell-Brown’s. VCB, as she has is nicknamed, has been a standout track superstar since her days at Boys and Girls’ Championships, where she represented Vere Technical High School. Over the course of her illustrious career, the sprint royal has amassed over 50 global medals, including eight Olympic medals from five Olympic appearances and 11 World Championships medals, making her one of the most decorated athletes in athletics history.

Arguably one of the greatest female sprinters of all time, VCB, aged 39, was aiming for a sixth trip to the Olympics in Tokyo, Japan; however, what came as a surprise to many, the sprint icon has decided to hang up the spikes that made her a household name.

With a career best of 10.76 in the 100m and 21.74 in the 200m distance, making her one of the fastest women in the world, VCB has given us some great moments in sports. Some of my fondest and proudest memories of her was when she won the World Championships 100m gold in Osaka, Japan. Also, in Daegu, South Korea, when she won World Championships 200m gold medal that had eluded her. Her technique and style on the track always made her a joy to watch. I would always joke and say that some athletes need to enrol themselves in the ‘VCB school of dipping’ as no one could ever out-dip her on the line, as evidenced in that 100m finals in Osaka, Japan.

Who could forget that tearful moment where she won Jamaica’s first Olympic 200m gold medal in Athens? As a nation, we were all filled with pride. Before the Shelly-Anns and the Elaines of the world, it was VCB who would mine gold at major championships. She was a fearless warrior on the track who never yielded under pressure. Her friendly rivalry with beloved American athlete Allyson Felix over the 200m is also a highlight for me. Between 2004 and 2012, they were always the top two at the Olympics and World Championships over the distance.

Thank you, Veronica, for being a sterling representation of Jamaican athletics and the world at large. May your greatness continue to inspire those whom you have carved a path for. Thank you for showing us grace and humility even in the midst of your defeat. You have created a legacy that will shape women’s sprinting for years to come.

To put simply, you are an icon, a legend, the moment.