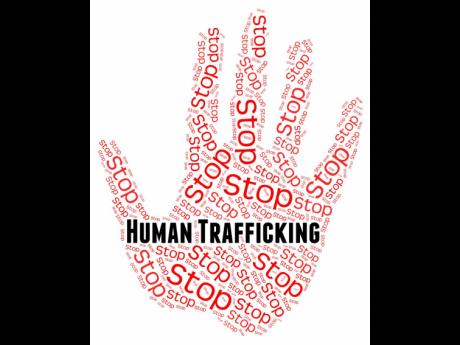 With July 30 recognised as World Day Against Trafficking in Persons, there is a constant discourse surrounding human trafficking, though seem overdone, which remains quite relevant among the youth population in our society today. This idea stems from the fact that youth between ages 18-35 are deemed as being most vulnerable to experiencing this trauma, and, in my opinion, often develop a sense of fear, or worse, do not live to tell their tales – which, in and of itself, is a sad notion.

According to the National Institute of Justice (2019), the United Nations defines human trafficking as the recruitment, transportation, transfer, harbouring, or receipt of persons by improper means (such as force, abduction, fraud, or coercion) for an improper purpose, including forced labour or sexual exploitation. As a quite inconspicuous topic of conversation, human trafficking is not really seen or treated as something serious, and this therefore causes victims to not know how to react in a given situation. Ultimately, they become afraid to even share information or access services, due to the ever-present societal stigma that is attached to this matter.

Likewise, we have borne witness to the huge number of students, at-risk youth, and teenagers who go missing each day and are showcased on television. Many times, these missing people do not just disappear into thin air, but are trafficked. This is a matter of grave importance that we as a society must look into. Human trafficking is not selective as to who its victims are nowadays. We have seen a change in the narrative, where not only adults are being affected by this issue, but more so a very large number of the youth population. There needs to be a radical change in regard to the way in which society views and addresses the said issue, which is unfortunately deemed as trivial.

In addition, it is evident that the Government is not doing much in regard to promoting and fostering safety and protection of our youth population. They can do more. In the same way focus is on areas such as crime and corruption, the same can be done about human trafficking. It is time we get rid of the societal bias that if something is not happening for all to see, then there is no need to address it. Human trafficking is of equal importance as all other problems, and in order to further achieve development, we first have to remember that our youth are the future, and so we need to take care of them.