How to avoid cataracts 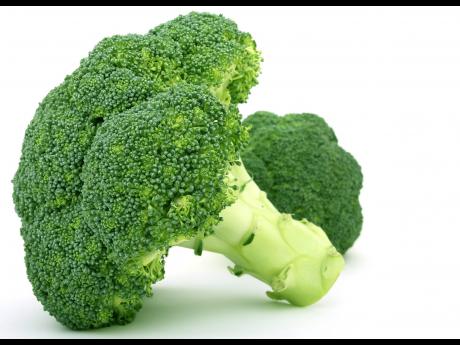 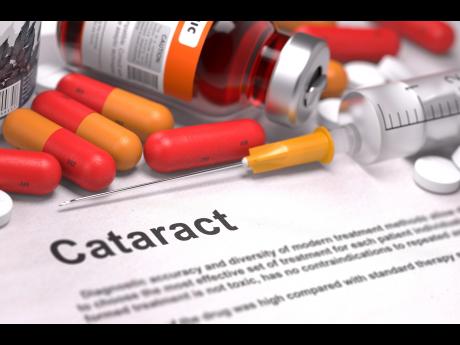 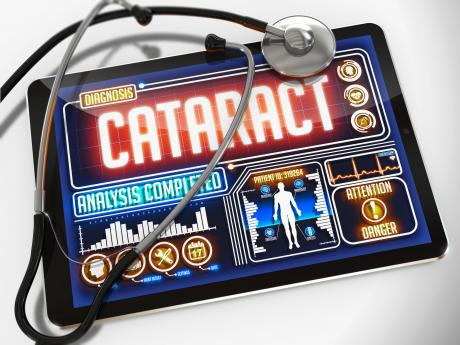 The fear of blindness is a major concern for many people, especially as they get older. Of all our five senses, eyesight is probably the one we treasure the most. Our eyes provide a window to the world and in many ways function like a camera. Just like a camera, the human eye has a lens, a small but important object about the size of an aspirin tablet.

A clear lens is vital for good eyesight and a very common cause of poor vision and blindness is a clouding or opacification of the lens. This abnormality of the lens is called a cataract. The operation to remove cataracts is one of the commonest surgical procedures performed in the world today.

CAUSES OF CATARACTS
The lens is composed mostly of water and proteins. These proteins are arranged in a precise way so as to keeps the lens clear and to allows light to pass through it. A cataract starts when the lens proteins are damaged and a cloudy area develops. Over time, it may enlarge with progressive loss of vision.

The lens has no blood vessels supplying it with nutrients. It gets its nourishment from the fluid that surrounds it within the eye. In order to maintain transparency, the lens must receive adequate amounts of special protective substances called antioxidants.
I believe that most cataracts simply reflect inadequate antioxidant protection for the lens. Eye specialists however rarely emphasise this and focus primarily on treating the effect rather than the cause. There are well known risk factors for cataracts formation which include:

AGE – The experts say that on average, the lens loses about one per cent of its transparency each year of life, so if a person lives long enough, he or she will develop cataracts. However, do not believe that cataracts are inevitable. I will share later the strategies for preventing cataracts.

EXCESS SUNSHINE - The lens of the eye is under unusual stress because of its regular exposure to ultraviolet radiation from the sun. For the healthy, individual on a good diet this should do no damage, but in people with a diet deficient in antioxidants the proteins in the lens may be damaged resulting in cataracts.

DIABETES - The lens is sensitive to high blood-sugar (and high insulin) levels, which can cause inflammation, vision changes and diabetic cataracts. Elevated blood sugar (glucose) can oxidise and damage the lens protein, in a destructive process called glycation. Nutrition is the primary solution to this problem.

DRUGS - Photosensitising drugs (drugs that make you more sensitive to the sun) are commonly prescribed and can make you more susceptible to cataracts. These include: antihistamines, birth control pills, tranquilisers, Sulfa drugs, anti-diabetic drugs, antidepressants, steroids, NSAIDS (aspirin, ibuprofen, advil, meclofen, etc. Other medications that have been linked to cataracts include tamoxifen (for breast cancer), allopurinol (for gout), and amiodarone (for irregularities in heartbeat).

CATARACT PREVENTION
EAT MORE VEGETABLES AND FRUIT
Sufficient medical evidence exists that show that diet and nutritional therapy plays a significant role in controlling cataract risk. In one study, individuals who eat less than five servings of fruits and vegetables daily are five to 13 times more likely to develop cataracts than those who do.
In 1992, researchers at Harvard Medical School in Boston surveyed over 50,000 nurses and found women who consumed spinach five or more times per week, reduced their risk of cataract surgery by more than 45 per cent. Another study found that individuals who consume the highest quantities of butter and salt have double the cataract risk compared to those who consume the lowest amounts of these foods, while eating spinach, peppers, melons, tomatoes and citrus fruits halve the risk of needing cataract surgery.
GET PLENTY LUTEIN
Lutein is a carotenoid (one of over 650) found in green, leafy vegetables and fruits. It acts as an antioxidant, protecting the lens from free radical damage. Unfortunately, most people don’t eat enough of these foods and don’t get enough lutein.

Zeaxanthin, another carotenoid, may be equally as effective as lutein in protecting eyesight. Supplements that supply generous quantities of these eye nutrients are available for general use.
TAKE ANTIOXIDANTS
Insufficient dietary antioxidant intake dramatically increases cataract risk. In 1990, James Robertson, of the Department of Epidemiology at the University of Western Ontario in Canada, compared adults with cataracts to those without. He found that taking 300 to 600 mg supplemental vitamin C reduced cataract risk by 70 per cent and taking 400 IU vitamin E reduced cataract risk by 50 per cent when these supplements were taken for over one year.

USE NAC EYE DROPS
For decades, Russian scientists have been researching a special eye drop containing n-acetylcarnosine or NAC for the treatment of cataracts. NAC eye-drops act as a powerful ocular anti-oxidant. Russian research published in 2002 in the journal Drugs Research and Development showed that after six months, 90 per cent of cataract affected eyes treated with NAC showed improvements in visual acuity ranging from seven per cent to 100 per cent. No worsening of vision or side effects were found in any eyes treated with NAC.
A Chinese study conducted by Dr. A.M. Wang on 96 patients having senile cataracts showed that NAC eye drops created a significant benefit on over 80% of the cases.
This NAC eye drop treatment has now been used on thousands of cataract patients in China and Russia with clear evidence that NAC eye-drops are safe and effective. After much resistance, its use in the US and the UK is now being reluctantly accepted.
This product is available now in the western world under the trade name Brite Eyes and I have been personally impressed  with the results my own  patients have reported. Not only have some cataracts reversed but a general improvement in vision has often been described. As an added benefit, these drops also help to lower the intraocular pressure and thus benefit sufferers from gluocoma
Take care of your eyes. Your vision is vital. Cataracts can be prevented or even reversed.

You may email Dr. Tony Vendryes at tonyvendryes@gmail.com, or listen to An Ounce of Prevention on POWER 106FM on Fridays at 8:15 p.m.