Could it be cancer? 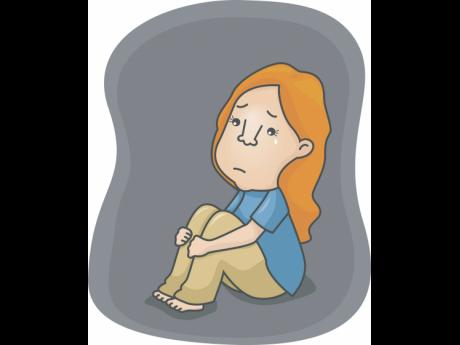 I fear that my boyfriend may have given me cancer during sex.

Well, he could not have been more wrong! It pained me badly. I screamed with the agony of it. And it was certainly no pleasure at all. He was surprised by this because other guys had told him that girls always loved it.

I expect you know about this, Doc, but HPV gives you cancer. And the article said that it is now causing many cases of cancer of the anus - particularly among gay guys.

A Well, I feel you are fretting rather more than is necessary. There are some valid points in the research you have done, but matters are not as bad as they seem.

Let's look first at this question of HPV. As you say, it is a virus - or rather, a whole group of viruses. Some strains of it cause cancer, while others only cause warts.

HPV is common. These days, experts say that the majority of women will acquire it in the vagina by the time they are around 25. Females catch it through having ordinary vaginal sex.

But the great thing is that, in most cases, the virus does them no harm. This is because of the fact that the body's natural defences overcome the virus and wipe it out. But sadly, there are some cases in which the lady's defences do not fight off that virus. And those females are likely to develop cancer of the cervix in due course.

That is why it is so important for all women who have ever had sex to make sure they do regular Pap smears. These detect possible pre-cancerous changes in the cervix.

So happily, the great majority of people who have been on the receiving end of 'bottom sex' do not get cancer.

Therefore, I do NOT think you need to fret about whether your boyfriend injected HPV into your bottom. The odds are that you will be fine.

Summing up, I feel you should tell your boyfriend 'no more'. Enough is enough. Nevertheless, you can forget those fears of cancer in the bottom. It is most unlikely that that will happen to you.

When I got the result, I was told that the sperm cells were 'not active.' Please what could be the cause of that?

Also, have you any solutions to this problem, Doc?

AFor the benefit of other readers, I ought to explain that SFA stands for Sperm Fertility Analysis. So, obviously, you had a sperm count done for some reason.

But what was the reason? You do not say. My best guess is that you have had trouble in getting your partner pregnant, and, therefore, some doctor decided that you should do a test for infertility.

So, now you have a result - or at least, a partial one. Somebody has told you that your sperm were not active. The result should say a lot more than that.

Now, there could be all sorts of reasons for inactive sperm. For instance, the specimen jar may have been left lying around for too long before anyone put the liquid under the microscope.

What you need now is a repeat test. In general, an SFA should be done about three times, at intervals of at least a month. It is quite possible that your repeat tests may show that you do have active sperm. Let us hope so.

Is pregnancy a possibility?

Q Dear Doc, I had unprotected sex on a Monday, and took the first Postinor tablet at 8:05 p.m. that night. Then I took the second Postinor exactly 12 hours later, at 8:05 a.m. next morning.

Since then, I have menstruated, but the flow isn't normal. Is pregnancy a possibility?

AThe emergency contraceptive (or so-called 'morning after Pill') is pretty effective, though I can't say that it works in 100 per cent of cases.

Nevertheless, on the basis of the facts you have given me, I'd say that pregnancy is very unlikely. If you're in doubt, do a pregnancy test, but my forecast is that it will be negative.

Should I get circumcised?

QI am a guy of 19, and a friend has told me that sex would be a lot better and a lot more exciting if I got myself circumcised.

Is that true, Doc?

ANo. I wonder why your friend told you this. Was he perhaps playing some kind of joke on you?

Anyway, circumcision does not generally improve a guy's sex life. The main exception to this is the situation where a young man's foreskin is so tight that it will not go back. In other words, when he is erect, the skin is still covering the head of the penis.

If that does not apply to you, then forget about the idea of circumcision. It will not make you a better lover or increase your pleasure.

QI'm female, aged 20. All my life, I've never really had sex, though I was kind of molested about three to five days ago.

That night, my fiancÈ and I were just in a cosy mood. We didn't actually have sex, but it looks as though I was in contact with his-pre-come. So I'm worried that I might be pregnant.

AI am not sure what you mean by 'molested.' I'm guessing that you mean that you and your fiancÈ were fooling around, and that a drop of his pre-ejaculate ended up somewhere near your vulva.

If that is the case, there is virtually no chance that you are pregnant.