GATFFEST 2017 ‘From the Streets to the Screen’ 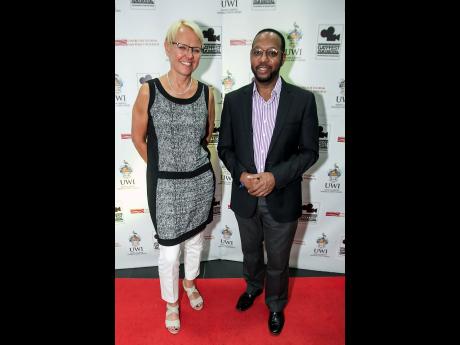 Contributed
Ambassador Malgorzata Wasilewska, head of delegation for the European Union to Jamaica with Professor Ian Boxill, chairman of GATFFEST.-Contributed. 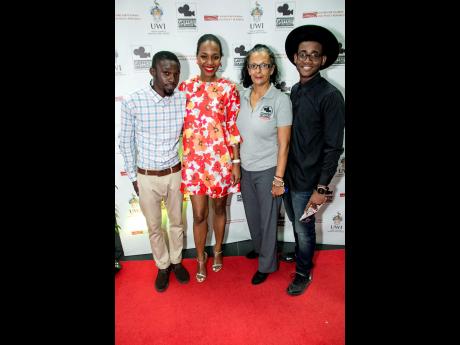 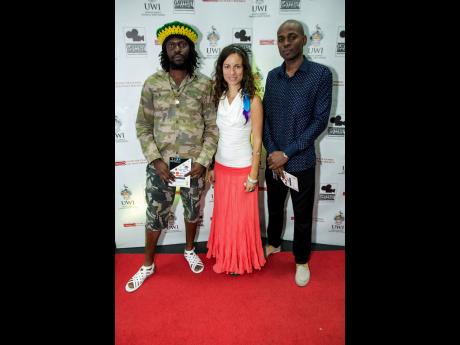 GATFFEST, the re branded Greater August Town Film Festival, is hailed as the Caribbean’s premier community film festival, and this year the event marks its significant five-year milestone under the theme  “From the Streets to the Screen.”

The festival gets its  2017 staging rolling with the official launch last Thursday at the Atrium, Faculty of Medical Sciences Teaching and Research Complex, UWI.

An initiative of the UWI Community Film Festival and Centre for Tourism and Policy Research, at The University of the West Indies (UWI) the mission of the GATFFEST Film Festival is to serve as a platform for local and international exposure of film making talent — directors, producers, casts and crews.

The UWI Community Film Project, a community-based initiative supporting the UWI Township Project, offers training in film and video production for youth in a number of under served communities.

According to the organisers,  the  festival was introduced in 2013 as an avenue to showcase the films produced by the graduates of the UWI Community Film Project.

However, GATFFEST has evolved and now provides  an ideal opportunity to showcase new and emerging filmmakers who are telling stories through a mix of short films and documentaries. The festival features premieres and special events and panel discussions with stakeholders in tourism, academia and the film industry.

Chairman of GATFFEST Professor Ian Boxill, explained that, “The Festival has provided a platform for our graduates, but more important for those persons who have an interest and who have made films — GATFFEST provides an outlet for them. It's largely a community festival and most of the local material is mobilised from among the communities. While the festival focuses on community building and development, we want our filmmakers to compete with those from across the world and in attracting regional and international films, it shows them what they need to aspire to. He added, “There is an abundance of film talent in the Jamaican market. More recently, there has been an increase in the number of films produced locally. Some of these films are shown internationally, and go on to win multiple awards. Some film makers, especially amateur film makers, may have some difficulty securing a spot in the traditional media and also in the movie theatres. Therefore, GATFFEST is relevant in that it gives these film makers an outlet to secure an audience and showcase their work.”

Activities during the event include film workshops and the screening of local, regional and international SHORT films along with an Awards Ceremony. Spanning the genres: drama, comedy, action, sci-fi, documentary,  animation and suspense, the festival caters to a wide audience. The premiere film for 2017, Children of the Incursion, is a documentary which explores the psychosocial impact, seven years later, of the Tivoli incursion on the children who lived through the ordeal. Patron of GATTFEST is Professor Sir Kenneth Hall.