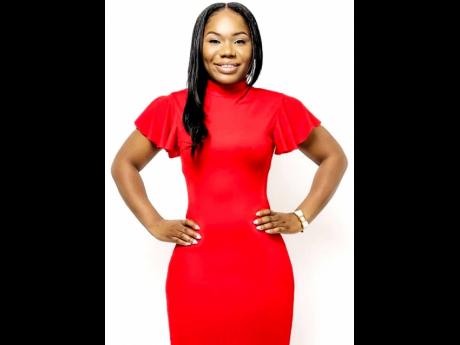 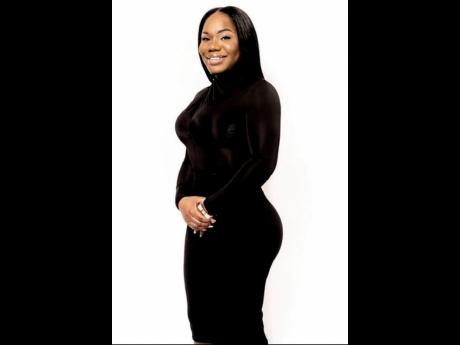 Contributed
‘Writing was my escape from everything, but I was afraid of writing my truth in my own book even though I knew I didn’t want my first piece of work to be fiction,’ said Simpson.
1
2

Jenelle Simpson’s journey towards happiness has been filled with hairpin turns, speedbumps, and roadblocks that always seem to appear during specific development milestones in her life. A senior law clerk, paralegal, motivational speaker, and co-founder of a non-profit known as The Village Children Organization in Toronto, Simpson says it has taken her a few years to heal. Better yet, to discover the highway to said healing and to see herself meeting those career goals.

“For a long time, I was taking the byways — the ones where I could hide the part of me I felt was deplorable and undeserving of love,” she shared.

Simpson knew that she would have to come out of the shadows to surpass what she equated with “toxic generational cycles” that have been instilled from the formative years of her life. By refusing to face their own demons or make a concerted effort to drive in the direction of wellness, members of her family perpetuated a cycle of limiting beliefs passed down by nature and nurture, she said.

“How many things have your parents told you not to do, and in teaching you about growing up, what were some of the ways they used to relay the information? I was told every single day that all boys wanted from me was sex and threatened at the same time that if I had sex, there would be consequences, but they never explained anything other than that,” she said of the methods used in her childhood home.

“Then there is the ideology or culture that men can have multiple women. I always say there has to be a way to break this cycle, and to myself, as a mother, because I don’t want my son or my daughter to grow up thinking that because that thinking is something someone passed on from one generation, and it continued on to the next,” Simpson continued.

For her, life in Brown’s Hall, St Catherine, where she was raised by her grandmother, were the happiest times. She said, “I don’t remember much about Jamaica, other than being happy,” adding that when she was five, her life changed dramatically. She was finally ushered to Canada to live with her mother – who she was repeatedly reminded – had left when she was just a few weeks old.

“We grow up hearing what our parents, relatives, and guardians want us to hear or believe and carry principles into adulthood. But as Jamaicans say, ‘belief kill and belief cure’, and a deceitful liar is many persons. Lies come in all shapes and from different sources in our lives when you think about it, but you have to be able to make a choice based on what you believe. I realise my mom went through a lot in her childhood that she still hasn’t broken [the cycle]. She keeps repeating it because it is all she knows to do,” Simpson said.

Her book, Commitment to a Deceitful Liar, which will be released in October, speaks to these beliefs and explores how one can unlearn the negative patterns of belief and relearn how to move to new levels in our lives, she shared. A first-time author, Simpson has been working on the non-fictional composition, which includes titbits of her own experiences, including being raped by a member of her family, neglect, and abuse of trust – all of which she was afraid of writing.

“Writing was my escape from everything,” she says. “But I was afraid of writing my truth in my own book even though I knew I didn’t want my first piece of work to be fiction. People take advice from people who can relate based on what they have been through. That’s when we really listen to the ‘I have been there. You are going to pull through’ statements.”

She said that one of the best choices she made in her life was to move out of her mother’s house, which happened on the night before her 19th birthday, and that, too, exposed her to a different world of seeing abuse through the eyes of strippers and prostitutes, who became her closest friends. Simpson has kept all those images and experiences hidden, but by telling her truth, which will be published in a series of books, she feels like the weight is being lifted.

The first-time author said: “Talking to you now, I never thought I could. I would never speak to anyone, and when I tried, I would get tongue-tied, and I was more, not aggressive, but reclusive. I see now that the truths you find through the growing and healing process, remembering no one takes the same route to get to the same place.”

She has created a junction between the different cultures she was raised in as the context of Commitment to a Deceitful Liar to show how people are connected in many ways. One of those is through experiences and reactions.

“I’ve prayed on this book, and I know some relatives may not agree with my doing it, but I had my conversations with God, saying that ‘if it is not Your will, destroy it, but I know it is, so I’m trusting you, God’. This is part of my assignment because it’s not just about me sharing my ordeal, but for other people living in trauma and trying to break those generational patterns that are negative,” Simpson said.