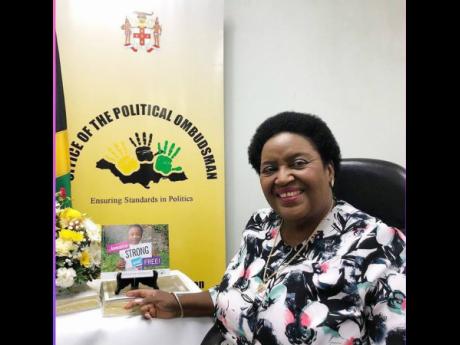 Contributed
Political Ombudsman, Donna Parchment Brown in her office with the cover of ‘Jamaica Strong and Free: A Civic Education Handbook’. 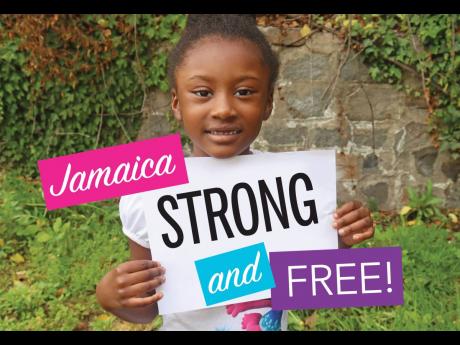 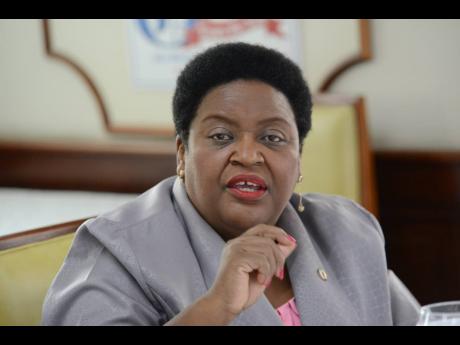 File
Donna Parchment Brown, Jamaica’s political ombudsman believes now is the ideal time for a handbook of this nature.
1
2
3

Donna Parchment Brown is not your typical political ombudsman. Seeking to fulfil her roles in a fair and unbiased manner, she has taken economic matters a step further. Making it her point of duty to spread awareness of the importance of societal participation and bridging the voting gap, she has spearheaded the creation of Jamaica Strong and Free: A Civic Education Handbook.

The handbook is designed to inform Jamaicans of the functions of both the Government and the society as a whole, all the while promoting the need for civic participation.

Parchment Brown always operated under fair terms growing up. “I had a wonderful childhood. I was the first of nine children, raised in rural Jamaica,” she told The Sunday Gleaner. Born to a teaching mother and political father, they both played a vital role in her upbringing and brilliant way of thinking. Having several teachers in the family, they fostered an environment for learning. “There was a lot of reading. My nose was always in a book,” she highlighted.

She also noted with great significance that family members were involved in supporting different political parties. This practice was encouraged because it meant that persons exercised their right to speak up for themselves and support whoever they chose to. This is a custom that the lawyer applied in her role as the political ombudsman.

Her responsibilities have included being the mediator between the public and the parliamentary bodies. She investigates matters, hosts meetings, and makes the necessary recommendations to defuse situations for the betterment of the country.

Since assuming the noteworthy role in 2015, she has noticed a crucial gap in voter turnout. Those born in a time when a local government was non-existent appreciated the opportunity of contributing to their party representatives. But then others were indifferent towards the process, seeing the act as counterproductive for themselves and the welfare of the nation.

So as part of the recent book launch, she also rolled out a campaign review report for the 2020 parliamentary elections.

“We did a campaign review with over 50 persons from all walks of life. Students, police officers, someone working in the market, young people, clergy people, media practitioners; a diverse group of people. And they expressed the view that the election campaign, the results, and the turnout were reflective of certain concerns or problems they were seeing,” she said.

They shared, for example, that they were of the view that the target audience remained the same, and there wasn’t any focus on diversifying that niche. “People are disenchanted by the state of the country. They didn’t find the implemented systems credible or reliable, so they didn’t think that their voice would make a difference,” she recounted. But Parchment Brown feels otherwise. She believes your voice should always matter in choosing governance. And it is not good enough to complain when you can use the platform afforded to you.

She elaborates further that if the outcome of voting produces a government, then the citizens must own their responsibilities and stop criticising from the sidelines. “What this book does is lay out what we need to do with property that we own. We ah di ownah fi di yard. This is our country. We can’t have an absentee approach,” she said.

Given that Jamaica is celebrating 60 years of independence, now is the ideal time for a handbook of this historic nature. And with the nation’s constitution and greater insight into the breakdown of institutions and operations, a person can now be equipped with the necessary information to make an informed decision.

If this is her legacy, Parchment Brown is happy to provide the tools needed to educate, make a change, and increase the voting number. “For me, the work continues. In our jubilee year, I hope we come to the conclusion that Jamaica has good institutions that will continue to support the country with strength and resilience.”