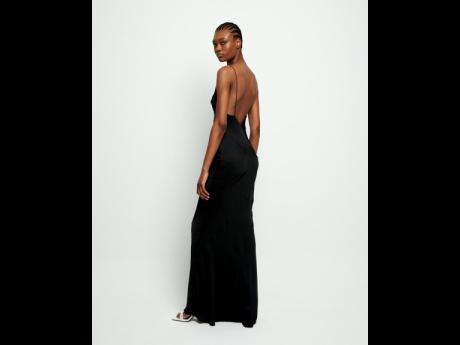 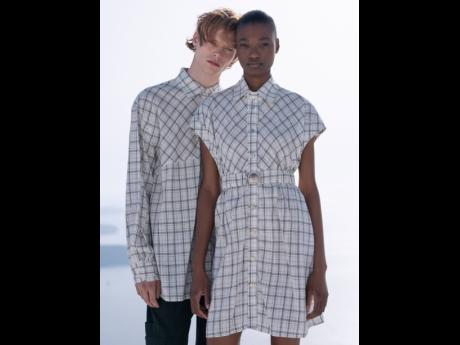 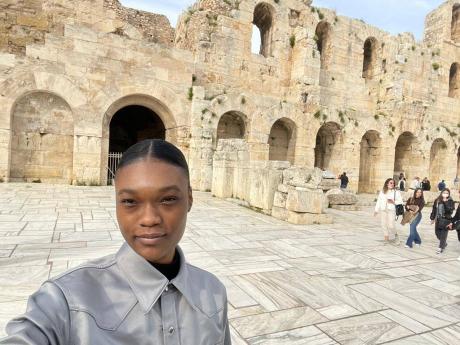 Contributed
Naki Depass at a sightseeing expedition to The Acropolis in Greece in April. 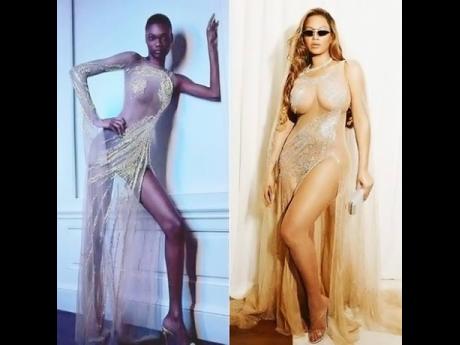 Departing her well-worn familiarity with New York, SAINT International supermodel Naki Depass experienced a warm welcome in Greece after heading to a distant terrain on a model assignment recently. “It was a hectic schedule as I was working almost every day,” Depass explained to The Sunday Gleaner of her month-and-a-half stay in the south-eastern European nation where she was photographed for an avalanche of advertising campaigns, e-commerce look books, and magazine editorials for multiple clients, among them, the Grecian editions of Vogue and ELLE. “I was mostly on the go, although I did have some weekends off. It was good as I was having fun while working, as most of the shoot locations were either breathtakingly gorgeous outdoor areas or a beautiful beachside,” she said.

Grecian designers and brands took a shine to the Jamaican star upon arrival. Depass, signed to the country’s largest modelling agency Ace Models, was on set for fashion designer Celia Kritharioti’s Awards Season couture collection shoot. In a fortuitous turn of events, the Kritharioti nude sheer gown with a high slit which Depass was captured in, ended up being donned by powerhouse celebrity Beyonce for the Grammy Awards after-party hosted by her husband Jay-Z. “That was completely unexpected and very cool seeing Beyonce in that gown,” the model recalled of the A-lister rocking the gown she had the good fortune to debut weeks earlier.

“Ace is a great agency with amazing people,” she raved. “I was sent many jobs from all the bookers assigned to me.” Adding to her client listing were luxury designer Stelios Koudounaris, jewellery brands Prigipo and Katerina Vassou, and unisex hipster brand Vagrancy Lifestyle, who all called on the SAINT model to lend her image to their assorted creative work. “To be honest, all the work I did was pretty special,” she volunteered when asked to single out a high point. “They are all memories I will cherish forever. I got the opportunity to work with some incredible people.”

Equally memorable for Depass was exposure to a country considered the cradle of Western civilisation. “I’m very intrigued by Greek mythology so it was fascinating to be able to visit some of those ancient and historical sites that remain,” she revealed. Her newfound discoveries included visits to the Acropolis, the Acropolis Museum, and other Greek islands, including the famed Santorini. “I visited the black and red beaches, but I didn’t make it to the white beach, unfortunately. I did learn their history and how those beaches and the shape of the island were created,” she informed.

Now stateside where she’s just returned to New York from Dallas for a major retail brand job, Depass is longing for a home on The Rock. “I haven’t been back in Jamaica since I left last year January, but I am trying to visit as soon as possible,” she shared. The model misses her entrepreneur mother Angelee most of all. “We have a very close bond and talk every single day. She allows me to be my person and make my own life decisions while always offering me words of encouragement and guidance.”

Depass, a University of the West Indies, Mona graduate with a Bachelor of Science in Accounting, was scouted by SAINT CEO Dewight Peters as a then-17-year-old attending Edwin Allen High. She journeyed to Greece to venture into new fashion markets and build her model portfolio. Depass has, to date, worked extensively for luxury fashion’s biggest names: Marc Jacobs, Prada, Christopher John Rogers, Michael Kors, Balmain, Giorgio Armani, and Thom Browne.