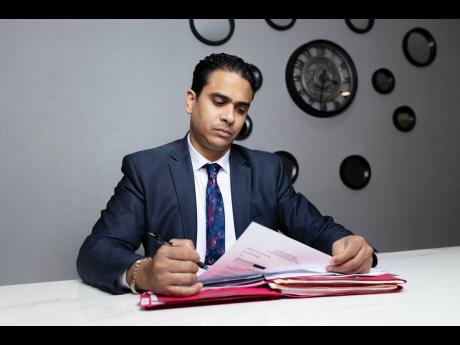 Contributed
Attorney-at-law Jaime Aird said education has not only changed his way of thinking, but changed his entire life as well. 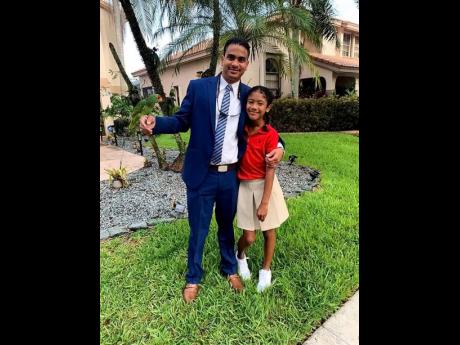 Contributed
When he’s not preparing for a case or in court, Aird may be found spending quality time with his daughter, Alannah. 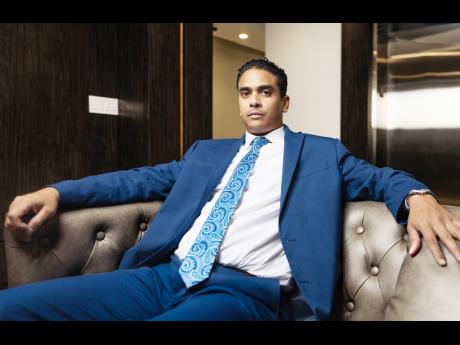 Contributed
The former prosecutor-turned-defence attorney wants be remembered as someone who made a difference in people’s lives.
1
2
3

Once Jamaica-born attorney Jaime Aird discovered his love for the law, he immediately became an advocate for justice. He started as a prosecutor in the United States, but then decided to make a switch and become a criminal defence lawyer, overturning one wrongful conviction after another.

“As a lawyer today, when I see a young person facing a criminal charge, I know the impact the criminal case may have on their future, affecting job and educational opportunities and even having immigration consequences. This knowledge is why I fight so hard for my clients, remembering the dreams and aspirations that [I] and colleagues in college envisioned,” Aird told The Sunday Gleaner.

Aird, who was born and raised in Kingston, attended Jamaica College before going on to receive his bachelor’s and law degree from Florida International University and a master’s degree from Nova Southeastern University.

“Growing up, I watched close friends get arrested and deported from the USA for offences that I fix regularly now. I witnessed friends get arrested and convicted of crimes, which resulted in future loss of jobs and employment opportunities. I often wondered if I did not focus on school and followed the crowd where my life would be, and I can confidently say I have zero regrets in focusing on education,” the lawyer revealed.

Initially, Aird became a prosecutor to make a change in the criminal justice system. “I wanted to be a fair prosecutor,” he said. For him, fair meant holding the police accountable for their actions and delivering to an accused just punishment for the crime(s) committed.

Considering all the facts of a case, he is the one to consider the accused’s history, including criminal history, immigration consequences and future opportunities before making any decisions. “I wanted to be that prosecutor who would give people second chances, provide assistance, for example, drug rehabilitation and counselling, instead of just sending people to prison because the law allows it.”

WRONG SIDE OF JUSTICE

But then he realised that maybe he was on the wrong side of justice. In his line of work, he noticed that some criminal defence attorneys weren’t fighting for the rights of their clients. According to Aird, they would just accept plea offers instead of “filing suppression motions or taking cases to trials”.

Want to make a change, he switched to the side of defence and continued on his path of justice by opening his own practice. That way, he can assist many clients in his own way and get them the justice they rightly deserve. “I handle each and every case as if I were the client. It doesn’t matter if you pay $100 or a million; you are going to get the same beast fighting your case,” he firmly added. And for those who can’t afford his fees, he gives away free advice to those who need it.

“I utilise social media platforms to educate people about their constitutional rights. People are often not aware of the do’s and don’ts when interacting with the police, hence I created Do’s and Don’ts videos. For example, many help to build the State’s case against them by simply answering police questions when they don’t have to.”

Aird’s powerful story of passion and determination on the road to equity wasn’t free of potholes along the way. The confident and eloquent trial lawyer many see today once had a terrible stutter, which he had no choice but to overcome with the help of a speech pathologist. His nationality was also a tool used against him since he was told he would probably not be hired because of his strong Jamaican accent.

“My Jamaican accent is now my greatest jury trial tool. When I am in a jury trial, the jurors tend to focus on what I have to say because they enjoy hearing my accent. I have been known to break the ice during jury selection with my accent as it opens up questions like, where are you from, and my own statements such as if you are selected, my accent may remind you of being on vacation instead of being in court, things of that nature.”

Outside of criminal defence, Aird is also a personal-injury lawyer, assisting those harmed in any way, stand up to insurance companies, and getting his clients compensated for damages.

“Living by the mantra, ‘hard work is the key to success’, I want to be remembered as someone who made a difference in people’s lives, whether it means giving them a second chance in life, assisting them in accomplishing educational goals, or directing a person on the right path.”

In his free time, the attorney enjoys spending time with his family, his daughter especially, and travelling the world. His advice for anyone looking to be successful in life: follow your dreams, tune out negativity and believe in yourself.