Goat Islands not the best choice for transshipment port - study 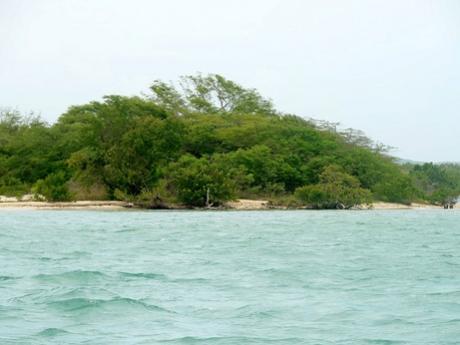 A study conducted by two international companies has found that building a transshipment port on the Goat Islands is not the best choice either environmentally or financially.

And the study has suggested what it says would be better, cheaper and less environmentally damaging alternative sites for the proposed port.

The study was commissioned after news emerged that the Government was seriously considering a proposal from China Harbour Engineering Company to build a port on the Goat Islands.

Environmentalists had been concerned the development would cause irreparable damage to the protected area, which is also a fish sanctuary.

The study was aimed at finding other sites that might be competitive economically and have less environmental impacts and included an engineering study and an economic valuation.

The engineering study was carried out by Niras-Fraenkel Ltd (NFL), a UK-based international consultancy with expertise in port and marine engineering.

These are the Goat Islands, Macarry Bay in southern Clarendon, the Kingston Harbour and Bowden in St Thomas.

Of these, Macarry Bay reportedly offered the most directly comparable design, including a more efficient layout for transshipment.

The firm estimated that the best design at Macarry Bay would cost US$200 million less to build than a low-cost scenario at Goat Islands.

Furthermore, it said a port at Goat Islands would be more vulnerable to storm surge than other sites.

CSF found that the quantifiable costs of environmental damage resulting from a port at Goat Islands would be at least three times greater than those for an equivalent construction at another site.

Funding for the study was provided by the Critical Ecosystem Partnership Fund,which is a joint initiative of l’Agence Francaise de Developpement, Conservation International, the European Union, the Global Environment Facility, the Government of Japan, the MacArthur Foundation and the World Bank.