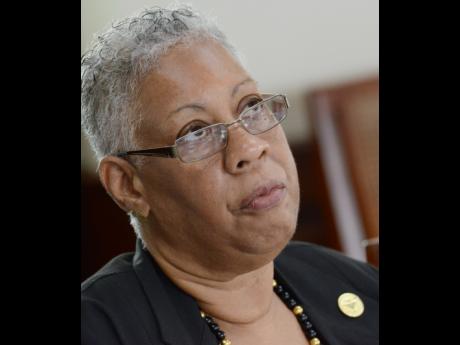 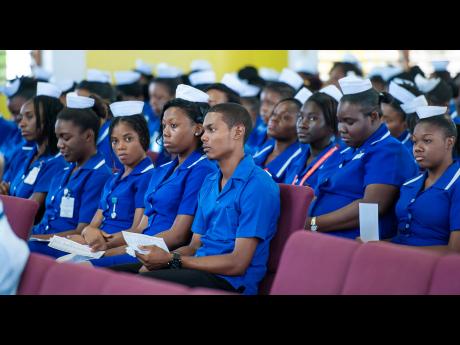 Contributed
A section of the group of nurses who recently completed their first year at the University of Technology’s School of Nursing. Many of them could be offered high-paying jobs overseas once they complete training in speciality areas locally.
1
2

The ailing public health sector could be hauled into intensive care as scores of specially trained nurses have been leaving Jamaica for higher-paying jobs overseas.

While Jamaican nurses have always been in high demand in foreign markets, the most recent exodus is particularly worrying to health sector insiders, who say overseas recruiters have been targeting the most highly trained nurses.

According to some sources, as many as 150 such specialist nurses left the island last year.

According to president of the Nurses' Association of Jamaica (NAJ), Janet Farr, the migration of these specialist nurses is having a calamitous effect on the health sector.

The NAJ president argued that the Government needs to implement a retention programme that would offer highly trained nurses special incentives in an effort to keep them in the local health care sector.

"We understand that there might not be enough money to pay them what they are worth, but the Government could offer them parcels of land or discounted loans for cars. These are things that the Government has done before, but we don't see them doing it anymore. Offer them something tangible that might make them think twice before leaving, because as we train them, they go," added Farr.

The flight of specialist nurses has had a particularly negative effect on the University Hospital of the West Indies (UHWI).

According to CEO of the UHWI, Dr Cecil White, the hospital lost a substantial number of specialist nurses last year despite its investment in the training of these nurses.

"Despite these efforts, during 2014, 50 specialist nurses resigned from the UHWI, and have indicated that they are migrating to North America," added White.

White noted that the loss of such a large number of trained personnel in such a short period of time was placing additional pressure on the hospital's administration.

"Whenever specialist nurses resign, it results in shortages and increases the need for sessional work to maintain satisfactory levels of patient care. It also increases our administrative costs, as replacements have to be recruited and trained on an ongoing basis," stressed White.

"Most of the nurses that resign cite financial and family commitments as their main reasons for leaving for greener pastures. The UHWI is unable to offer salaries to compete with the packages being offered by the recruiters."