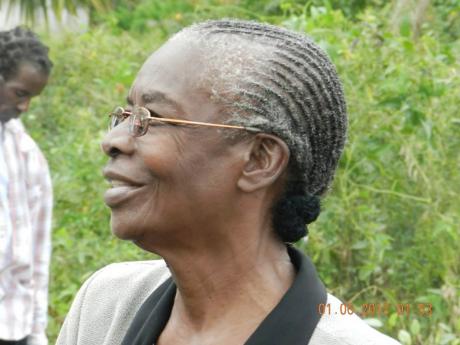 At a time when many have doubts about God and religion, Alveda Johnson says a decision she made 66 years ago to become a baptised member of the Seventh-day Adventist Church is one she has never regretted and one that she still considers the best decision of her life.

Johnson, who is the last of her parents' children, was almost 13 years old at the time of her baptism and said she was the first of her siblings to be baptised in the Seventh-day Adventist Church.

example that was set for her by her mother and the church leaders. She said it is very important for the church members and leaders to set the right example for children and young people in the Church today. This, she says, would help to retain young members.

"My mother and leaders of the Church were role models living by precepts and examples.

"The problem does not lie with the young people; the problem is with adults. They need to be role models," Johnson expressed.

She said it is difficult for parents and church leaders to expect young people to follow the guidelines of the Church when they say one thing yet live another.

Being a child of God

"To be a child of God is to recognise that I cannot do anything without Him, so I must wholly and solely depend on Him to see me through, and if I am faithful to Him, He will have no choice but to be faithful to me," she said.

She says when things get difficult or she feels discouraged, she reflects on the words of one of her favourite songs, Yield Not to Temptation, which says: "Ask the Saviour to help you, comfort strengthen and keep you, He is willing to aid you, He will carry through."

She says although all churches have issues, there was never a time when she ever thought of leaving the Church. She said that anyone who is going to make the decision to travel along the Christian pathway must first decide to do so for the right reasons if they wish to remain on the straight and narrow way.