Inside the DNA Evidence Act 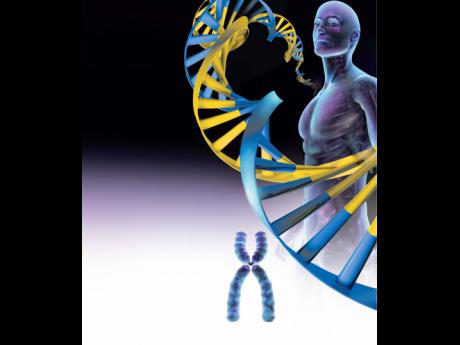 A few years ago, a man was shot to death in Portmore, St Catherine, under circumstances which, to my mind, appeared odd, to say the least.

According to the police report at the time, the victim and a woman, a member of the police force, were travelling in his Dodge Ram motor truck when he stopped near the wharf, exited the vehicle and was approached by four men who shot him.

The policewoman who was travelling with him was also robbed of her service pistol, ammunition and handbag. The thugs then forced the injured man back into his truck while his female companion ran and escaped the armed thugs. The deceased was eventually found slumped in the front seat of the abandoned vehicle at Twickenham Close.

At the time of the killing, then head of the police CIB, Assistant Commissioner Les Green, confirmed that the policewoman was a suspect in the shooting death. Green had said at the time he would not go so far as to say that she was the prime suspect, "but she was definitely in the line of enquiry".

THE WEEKEND STAR reported that certain things had been found on the scene which could have been used as forensic evidence, such as fingernail clippings. Bites and scratch marks were also found on the body of the deceased man; however, the policewoman declined to give a DNA sample on a number of occasions.

Green had lamented at the time, "There is very little we can do, she has refused, and we don't have the power to take DNA ... we need that power, it is definitely a setback."

I agreed with Les Green. Not having the DNA legislation in place over the years has certainly been a setback for crime fighting in a country plagued by indifference to crime, desensitisation to crime, and generally, a lack of will to annihilate the ugly crime monster.

Granted, the teeth marks and scratches on the deceased's body could have come from the four armed thugs. Maybe before they shot him, they got into a tussle with him and bit and scratched him. Who knows?

Or maybe the bites and scratches were inflicted by the thugs after they had shot and hauled the deathly injured man back into his truck, as a calling card of sorts (other than the gunshot wounds, of course) to say, "we wuz ere". Who knows?

Or, maybe those bite marks were inflicted moments or days before the shooting by a lover caught in the age-old passion of the mating ritual.

Whatever the origin of those scratches and bites, to confirm or eliminate the policewoman as a suspect, it certainly would have assisted the police in the case and accelerated the wheels of justice had DNA legislation been in place at the time.

The DNA Evidence Act 2015 (the act) is now being debated in the House of Representatives. It is important to be au fait with the provisions of the act to understand how it will give the police the legislative support that Green lamented in the referenced case.

If, however, the consent requested is not provided, reasonable force may then be used to extract the sample in question. Section 2 defines a "non-intimate" sample as including the following:

- Hair, other than pubic hair

- Material found under a nail

To take an "intimate" sample, however, if consent is not given, or later withdrawn, then an order of the court must first be obtained to proceed. An intimate sample is defined as follows:

4) Foetus or productions of conception.

In such situations, one or more detention officer may use such force as is reasonably necessary to take the sample or to prevent a sample already taken from being destroyed.

Initially, when I read this Section 25, I was concerned. I felt it imprudent to leave Jamaican policemen and women to determine what "reasonable force" or "reasonably necessary" meant, given their track record.

However, as I read further, I realised that numerous safeguards had been embedded into the act to make the use of force under Section 25 as transparent as possible and as objective as possible.

For instance, before a sample can be taken forcefully, it must first be authorised by a senior ranking personnel in the relevant organisation (an authorising officer), whose duty will be to determine how many detention officers are necessary for the taking of the sample.

Further, there is provision for the taking of the sample in such circumstances to be recorded audiovisually or witnessed by an authorising officer or justice of the peace. Further, force cannot be used against children under 12 years of age.

I must admit, though, that I remain wary of the recording of the sample being taken being optional. I fear that if this requirement remains optional, then it may never be done or hardly done, and I know of no better vehicle of transparency than audiovisual recordings.

There is a lot more to the legislation but there will be time aplenty to revisit the topic, as the act will undoubtedly continue its snail-pace crawl through Parliament. After all, it has already taken us over a decade just to get here.

- Shena Stubbs is an attorney-at-law and legal commentator. Send feedback to: Email: shena.stubbs@gleanerjm.com