Vineyard Town: Back from the brink - Police, residents breathing new life into sections of the community once strangled by violence 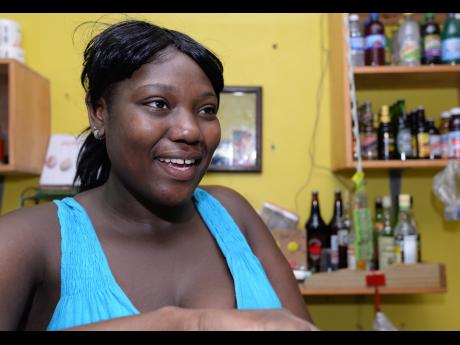 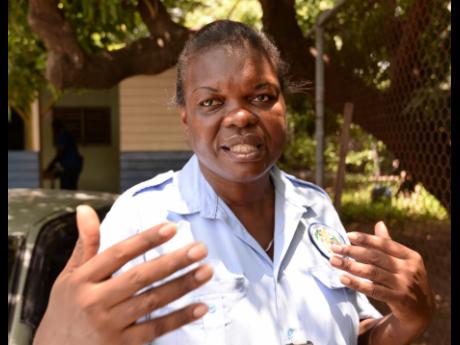 Jermaine Barnaby
Elaine Nugent of the Vineyard Town police sometimes plays the role of real estate agent for persons looking to move into the community. 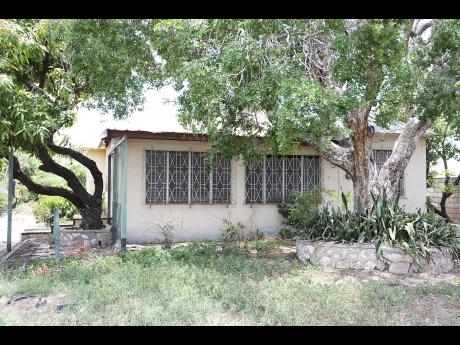 Jermaine Barnaby
One of the houses abandoned at the height of the violence in Vineyard Town, south east St Andrew. 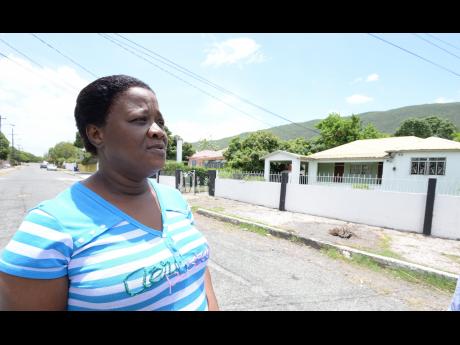 Jermaine Barnaby
After being told several horror stories Yvette Thompson was reluctant to move into the area some three years ago.
1
2
3
4

The Sunday Gleaner continues its series of once-thriving residential communities which have started to decay because of crime and other factors, such as the illegal operation of commercial activities. If your community is dying a painful death, email editorial@gleanerjm.com and a team will visit the area to highlight your concerns.

The community of Vineyard Town in south east St Andrew is slowly bouncing back from the clutches of gang violence which drove scores of residents from their homes in former years.

Now residents and the cops who patrol the area are praying that they will never see a return to the days when rival gangsters caused innocent persons to cower under their beds, forced them to stay behind locked doors and, in many cases, abandon the houses they called home for years.

"No, no gang violence as such. Most of the reports that we get now are about domestic issues. We also get reports of robberies from time to time but we are not seeing the heavy gang violence as before," explained Sergeant Omar Madden, one of the senior officers in charge at the Vineyard Town Police Station.

"We still have our pockets of troubled spots, like McGregor Gully, Back Bush and other sections closer to the Mountain View area, but it is really scattered," added Madden as he described Vineyard Town as one of the most peaceful communities in the Corporate Area today.

Vineyard Town, has, over time, developed into a community of two halves, a solid middle to upper middle class section above Deanery Road and an area with deep pockets of poverty and inner-city sections below that dividing road.

In the not too distant past gangsters from several areas, including McGregor Gully, now renamed McGregor Gardens as part of its transformation, Jacques Road, Burger Gully, and Back Bush, were involved in intermittent feuds for political and other reasons, forcing persons to flee the neighbouring First, Second, Third and Fourth avenues, Central Avenue and other once thriving middle-class areas.

"If you drive around Central Avenue and those places, you rarely see houses that are still abandoned and unoccupied," District Constable Elaine Nugent, leader of the Vineyard Town Police Youth Club, told The Sunday Gleaner.

"That was one time when the violence was very high, about 10 years ago, but now you will find people from outside moving into the area to either rent or purchase houses," added Nugent.

She said the reduction in the violence can be credited to increased policing in some areas plus a very active police youth club, which offers skills and life training to some 60 at-risk youths within the community.

Outside of that, Nugent noted that many of the more notorious gangsters have either been killed or incarcerated.

According to Nugent, sometimes she has to play 'real estate agent' for persons seeking the best areas to live in the community.

"People are moving in and many of them will come and check with the police before they purchase or rent a property. So what we do is inform them of certain areas that are alright," said Nugent. "We know the Mcgregor Gully area can flare up anytime so we don't send them down that side, but we direct them to other peaceful areas," she said.

Yvette Thompson, who spent much of her life living in a war-torn community in Spanish Town, St Catherine, admitted that she was a bit reluctant to move to the Vineyard Town community three years ago.

"I heard nuff stories about the violence here. Dem tell me about a whole heap of shot up and war and thing. But from I come I never witnessed anything like that," said the woman who now lives on Second Avenue, once one of the more problematic areas of the community.

Thompson lives next door to one of the many houses abandoned at the height of the violence. She has never seen anyone at the premises except for fruit thieves who target trees at that location, as well as those inside her yard.

On Fourth Avenue, Sasheka Smith, 24, who months ago moved into the area, said she felt comfortable living there by herself.

"Back then, I was told that it (Vineyard Town) was more violent, but now its calm. Most of the kids come out, especially on Saturdays for the youth club so nobody don't give any trouble really," she said, adding that while she has heard of incidents she has never been robbed.

However, the matter of robberies remains a concern to president of the Vineyard Town Citizens' Association Major Carl Estick, who has lived in the community since childhood.

"There are a lot of young people coming from outside the community to steal people's fruits from their trees," he said. "You will see them sometimes come in with some long sticks and go into people's yard and steal their fruits. Sometimes you will see them drive in, fill several plastic bags and then drive out, and we can't have that.

"So the association is trying to see how best we can work with the police to deal with that," added Estick.