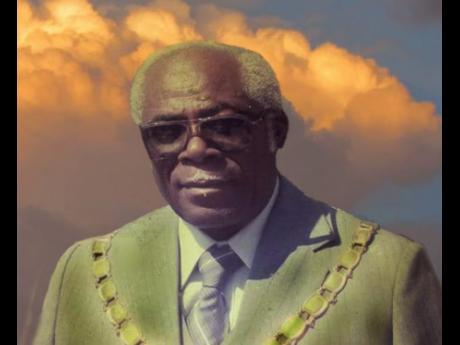 Eric Lee Foster, a man of the people, was born on September 11, 1924 in Cambridge, St James, to parents Frank Foster and Martha Lesley, who nurtured and grew him into a well-mannered man.

Husband, father, politician, and mayor, are some of the roles Eric played throughout his lifetime.

Eric tied the knot with Olive in 1960 and he continued to be a loving husband until her untimely passing in 2007.

With Eric, the love never stops as he loved his 10 children Barry, Richard, Shellon, Troy, Eric, Erica, Patrick, Dave, Ann, and Wayne. They described him as a a good father who was strict when he needed to be.

"Up and down with politics, but he always came home and he was there for us," his son Richard said.

"I was proud to have him as my dad and I was even prouder when he became mayor of Black River in 1981. I think that was the highlight of his career," Richard reflected.

Eric started his political career in 1967, when he was elected to office. He went on to become the councillor for the New Market division in St Elizabeth until 1978.

Eric, the 91-year-old had his diabetes and hypertension under control but the man became frail. His family was saddened by his death on May 27 and a thanksgiving service was held on July 4.

Eric was described as a nice and generous man who was willing to go out of his way to help people and take care of his family.

Eric Foster was loved by all.